Jamestown resident Tiffany Decker has a career of competitive trap shooting that spans close to three decades, and that resume was recently honored in perhaps the most fitting way possible.

After being nominated a year ago and going through the lengthy process of committee review, Decker was selected to join the New York State Amateur Trapshooting Association Hall of Fame along with the Class of 2018.

“I was notified in 2017 that I was going to be inducted into the NYS ATA Hall of Fame in 2018,” Decker said. “I was very honored and humbled to have been selected for this award. When I consider the previous recipients of the Hall of Fame award, I’m even more grateful for this recognition.”

Currently a member of the Busti Trap Club, Decker began shooting in 1991 and quickly transitioned into competitive matches in 1993.

That initial interest in the sport eventually grew into Decker’s participation in all of the major trap associations in the Southern Tier. 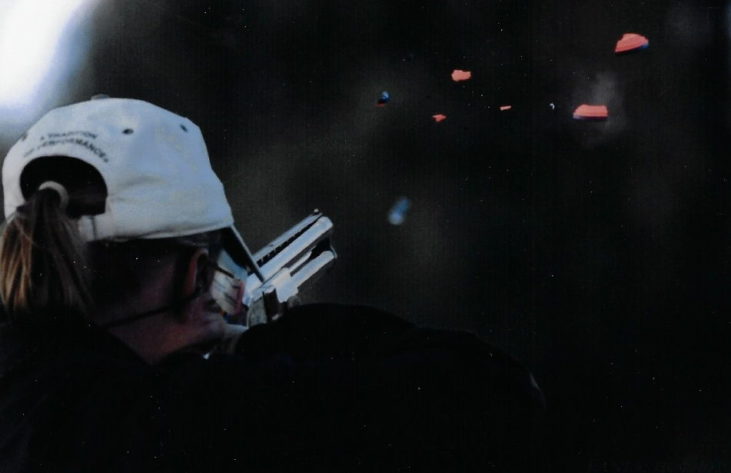 “I have shot the Warren County, Chautauqua County and New York-Penn trap leagues for many years. Now I shoot registered targets in New York, Pennsylvania, Ohio, North Carolina and Florida.”

After initially hearing of her selection for the class of 2018, Decker waited months before getting the chance to head to the NYSATA homegrounds in Cicero on July 14 for the Hall of Fame Ceremony.

“It was a special day for me and I felt privileged to accept the award. I would like to thank all my family and friends for all their support,” said Decker.

As all shooters know, one of the best parts of the trap season is that it mostly goes 365 days a year, irrespective of sunshine, rain or snow.

Next up on Decker’s agenda will be the Cardinal Classic in Marengo, Ohio in August, which is followed by the Northeastern Grand in Cicero in September and the Dixie Grand in Bostic, North Carolina in October.