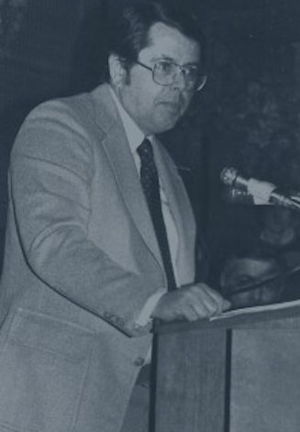 Tom Eakin
1933–2020
Category
Honorary
Year Inducted
1983
Thomas C. Eakin was the founder and president of the Ohio Baseball Hall of Fame. In 1981 he met with the local organizing committee of the Chautauqua Sports Hall of Fame to provide assistance in the structuring and administering of the fledgling group. He provided literature and guidelines of similar organizations across the country. He encouraged the CSHOF to expand its efforts and expectations and outlined the steps the organization needed to take to accomplish its mission.Eakin served as the master of ceremonies for the first two induction dinners of the CSHOF in 1982 and 1983. He also was the emcee of the Babe Ruth World Series benefit dinner held in Jamestown in 1984.

In recognition of his assistance and service, Tom was made an honorary inductee of the Chautauqua Sports Hall of Fame in 1983 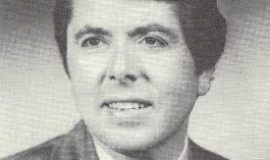 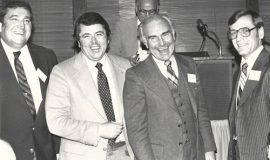 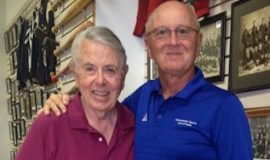 Tom Eakin visits with Randy Anderson in 2015 at the CSHOF exhibit hall in Jamestown.