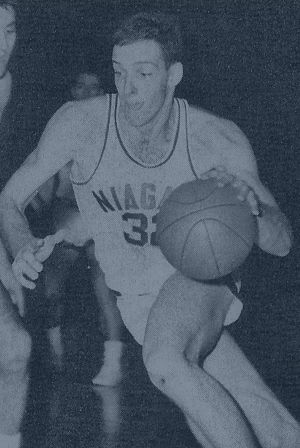 Tom Prechtl's love of sports began early in his life and as it turned out, he excelled in just about everything.

Born in Dunkirk in 1935, he starred in athletics at Fredonia High School from 1950-53 where his was a multi-year letter winner in basketball, football, baseball and track.

In 1953, he was a member of the undefeated varsity football team that won a conference championship and also the varsity basketball team that was 18-0, claiming a Section 6 championship. He was the team's captain in his senior year and earned a number of All-Conference and All-Star awards.

One year later, the Fredonia basketball team earned a Bi-County championship with a 48-42 victory over Salamanca. Unfortunately, the team lost by a point, 43-42, in the Section 6 final against Frontier.

Prechtl moved on to play basketball at Niagara University from 1954-57 for legendary coach Taps Gallagher. Three of his teammates went on to achieve great success in the NBA — Larry Costello, Hubie Brown and Frank Layden. In his senior year, he starred at the power forward position and played in numerous games at Madison Square Garden, the Boston Garden, the Palestra and Memorial Auditorium in Buffalo.

After graduating with a business degree from Niagara, he went to Fredonia State and earned an education degree.

Prechtl taught elementary school at Chautauqua and was employed in the Jamestown School district for 30 years and volunteered countless hours of his excavating expertise to help create playgrounds and athletic fields in the Jamestown area, giving young people the opportunity to enjoy the very things that made him so successful.

He also worked with YMCA-based programs, involving education and sports and was also involved with a number of activities at Our Lady of the Snows in Panama. He was also a member of the Sheriff's Navigation Patrol from 1960-1968

Prechtl resided in Ashville. He is survived by his wife, Judy, and their four children, Cynthia, Karin, Kristen and Mark. 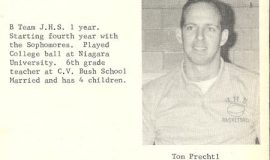 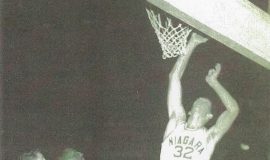 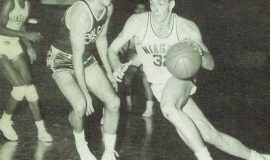 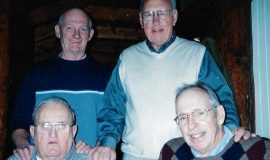 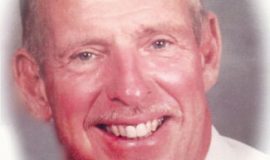 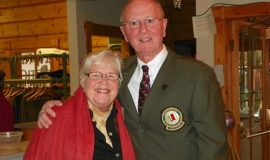 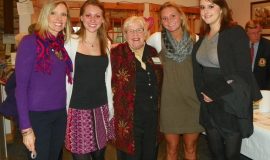 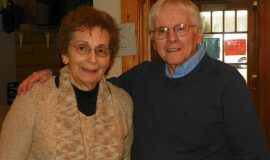 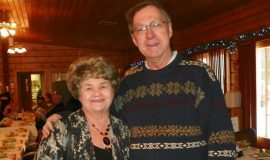 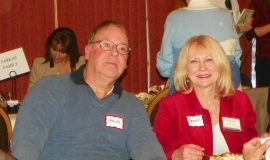 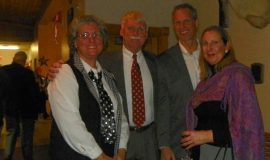 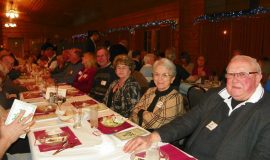 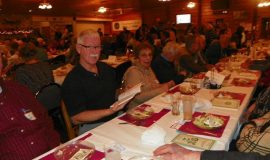 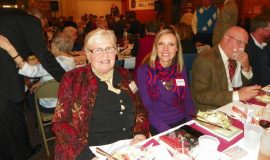 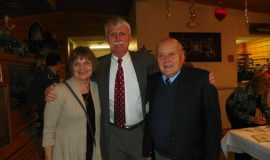 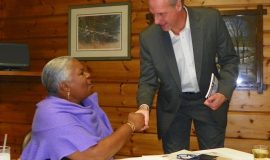 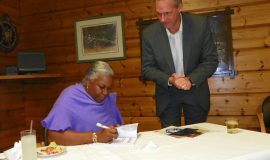 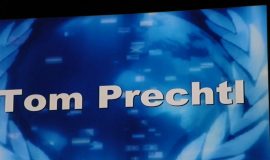 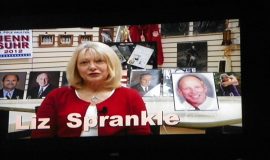 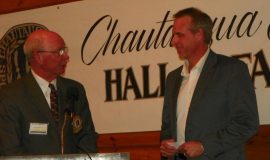 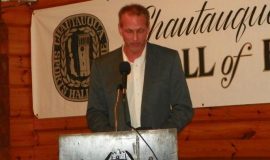 Tom Prechtl is introduced at the CSHOF induction banquet by Liz Sprankle.

On behalf of his father, Mark Prechtl accepts induction into the CSHOF on February 17, 2014.