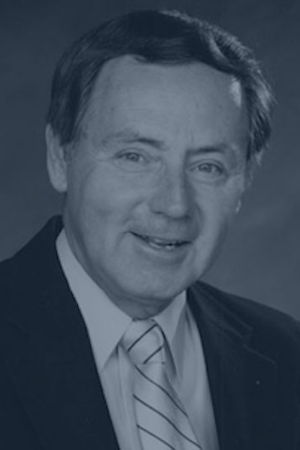 Van Miller
1927–2015
Category
Media
Year Inducted
2002
Van Miller was a fixture on the Western New York sports broadcasting scene for many years with the job that has made him best known being the "Voice of the Buffalo Bills" of the National Football League.

Miller was the play-by-play radio announcer for the Bills. He won that job over Chuck Healy, who like Miller in 1998 was an inductee of the Buffalo Broadcast Pioneers Hall of Fame. Miller started with the Bills in 1960 when they came in as a charter member in the newly-formed American Football League and is the longest running play-by-play man with the same team in the history of the NFL.

During his early career with the Bills, Miller did interviews for pregame, halftime and postgame shows. From 1971-1978, not only did Miller broadcast the Bills games, but was also the "Voice of the Buffalo Braves" of the National Basketball Association. He also broadcasted the Buffalo Stallions of the Major Indoor Soccer League and Niagara University basketball.

Miller served several years as the sports director for WIVB-TV (Channel 4) and retired in June of 1998 after 43 years at the station. While at WIVB he did the weather, news and was emcee of the TV quiz show "It's Academic" and had an afternoon radio show on WBEN in the 1960s.

Miller volunteered his services to several organizations and in 1998 received the Fredonia State Distinguished Service Award.

The interest of broadcasting for Miller started way back in third grade in Dunkirk where he did play-by-play on the back porch while using a hose and a funnel.

Miller was a starter in basketball during his freshman and sophomore years for St. Mary's in Dunkirk, but when coach Eddie Hayes entered World War II a change in schools was made. Dunkirk coach Charlie Acey had been attempting to persuade Miller to go to his school and that was what happened when Hayes left for the military.

Miller played football for Coach Carl Hoeppner as a junior, but that spring he suffered a serious right shoulder injury at his after-school job. That injury that required surgery never healed and when playing tennis he has to serve with his left hand.

His senior season (1944-1945) at Dunkirk saw Miller start on a basketball team that lost just three times. After graduation, he went to Fredonia State where he played a year of basketball, but old high school injuries with his shoulder and his leg changed his direction.

"I really wanted to be a coach and an athletic director but the injuries took a lot out of me," Miller told the Evening Observer.

While listening to a basketball broadcast on WFCB in Dunkirk, Miller was upset by the poor announcing. He called the station and told the manager he could do a better job. He was hired and worked five years at that station before heading to Buffalo in 1955 as a summer replacement.

The rest you can say was history for Miller.