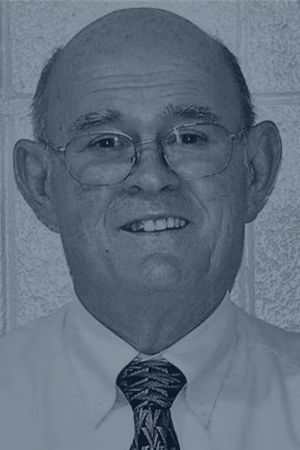 Walt Thurnau knows a little bit about wrestling and life. Just ask anyone who came in contact with him.

For 36 years, he was the coach of the Southwestern Trojans, retiring in 2002, leaving a legacy of success, always helping others to be the best they could be in both the classroom where he taught history and on the mats.

Thurnau was born in Chicago, but moved to the Philippines when he was 4. He grew to love the game basketball, where his rough-and-tumble style confounded his opponents since offensive fouls were never called. When he got back to the United States, however, that style of play didn't serve him well and he was cut from his high school team. The basketball coach sent him across the hall to the wrestling room and the rest became history.

He graduated from Lock Haven State College in 1966 and came to Chautauqua County, landing at Southwestern as an assistant coach where he honed his trade under the guidance of another coaching legend, Clarence "Flash" Olson.

Olson left the scene in 1975 and Thurnau took over as the head coach and from that point on, his teams posted a 297-97 record, which ranked him in the top 20 of high school coaches in New York State. The Trojans earned two Section 6 Division 1 championships in 1987-88 and 1994-95, and a Section 6 Class B-2 championship in 1994-95.Thurnau also coached 62 individual champions at the Southern Tier League tournament and hundreds of his wrestlers earned tournament titles. He coached 17 wrestlers to the New York State tournament, including state champions Ed Pawlak in 1999 and Jim Nelson in 2002.

After retiring from Southwestern in 2002, he was offered the position of head wrestling coach at Jamestown Community College and he remained in the job until 2007. During his tenure at JCC, 19 wrestlers earned a trip to the NJCAA National Tournament. He also was selected as the NJCAA Region III Coach of the Year in 2003 and in 2004, was selected by NJCAA Wrestling as the National Man of the Year. After leaving the head coaching position at JCC, he continued to serve as the team's assistant coach through 2010.

Thurnau was inducted into the Western New York Wrestling Coaches Hall of Fame in 2010 and the following year he was honored again with induction into the Upstate New York Chapter of the National Wrestling Hall of Fame.

Jeffrey Smith, a former Trojan wrestler from 1980 to 1984, summed up what Thurnau meant to those who wrestled under his direction: "To say that Coach Thurnau had a profound effect on my life and the lives of my teammates is an understatement. His years of teaching, mentoring and coaching were a labor of love. He treated us like we were his sons and like a father's love, it was undying and unyielding. He taught us to do what is hard and achieve what is great, to respect everyone and fear nobody, and each one of us is a better person today because of the lessons we learned from him."


Walt Thurnau is introduced for CSHOF induction by Tom Priester