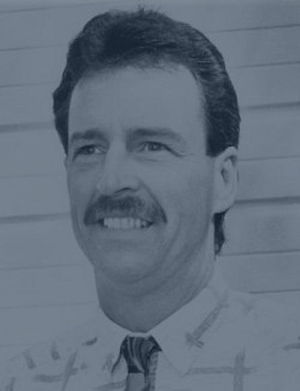 Wayne Bowker earned his recognition for tremendous accomplishments in the pistol-shooting field. Bowker captured his first championship in 1975 by winning the Pennsylvania State Bullseye title. He also won the same crown in 1977 while annexing honors for New York State in 1976 and 1979.The 1980 season brought an Indoor Civilian National championship; then, in 1985 and 1986 Bowker was the California State Indoor champion. In 1987, the Silver Creek resident was the Indoor Section champion and placed second the next year.

In the Distinguished Pistol shot competition of the Smith & Wesson Masters, Bowker was the 1986 Masters overall winner. That was the inaugural Masters shooting championship and was held on August 6 with more than 100 of the world's finest pistol shooters assembled at a 125-acre shooting range in Barry, Illinois. The event might go down as one of the toughest all-around challenges to determine who was the world's best.

Each participant had to compete in all events, using three different handguns and could use a scope for one event of his choice.

In precision shooting, the participants had to employ a .22 caliber handgun to knock down a small steel disc at 25 and 50 meters. Bowker used a Model 41 Smith & Wesson with a 7-3/8"- barrel and the sights were a Series 2000 Aim Point. The trigger on the gun was two pounds out of the box.

A Colt .38 Super was employed in action shooting with a Bomar rear sight. ln long range competition, he used a Remington XP 100 in 7 Millimeter Bench Rest caliber. This was a stock gun with no scope.

The story of the event was published in the spring 1987 Handgun Illustrated edition by Jack French. Bowker was in three photos, including the opening photo of the article which shows him competing in precision shooting.

Bowker, taking part in the IPSC, was champion of New York State in 1980 and 1981 plus Great Lakes Section champion in 1981 and the 1982 National Mid-Winter Championship runner-up.

Moving to the NRA Action Shooting, Bowker has done especially well in the Bianchi Cup. In 1985 he set a national record in the .22 caliber event while placing llth overall. That same year, he was the LAPD Pro Cup Winner.

In 1989 competition for the Bianchi Cup, Bowker established a national record in moving target event and was also a two-man team winner with John Pride. Overall it was a 15th place finish.

Bowker was born April 26, 1949 in Silver Creek and graduated from Silver Creek Central School where he played basketball and football for the Black Knights.