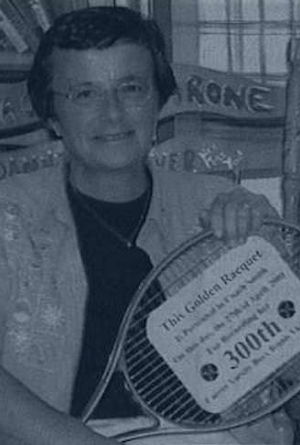 Anne Tenney Smith
b. 1947
Category
Tennis
Year Inducted
2005
Anne Tenney Smith has certainly made an impact in high school tennis in Chautauqua County and especially at Southwestern Central School. As a coach for both the boys and girls tennis teams, Smith left a legacy with the Trojans that probably will never be matched.

Smith started coaching the boys teams in the spring of 1974 and became the first female ever to coach a boys varsity sport in Chautauqua County. Then in the fall of 1977, Smith formed and started the first girls tennis league with Southwestern being a part and one might say the rest of history. That history saw Smith lead the Trojans to an incredible winning percentage of 85 percent with a 577-104 record and numerous championships for those teams from 1974-2001.

There is no question that Southwestern was the team of the 1980s and the 1990s under Smith and continued its rich tradition under coach Rod Beckerink, who was an assistant for Smith for a number of years. Starting in 1980, Smith guided the boys and girls teams to 17 titles apiece in Division 1.

The girls first title was a Division 1 co-championship with Jamestown in 1980 with an 11-1 record. After another co-championship with Jamestown in 1982 (9-1), Smith directed the Lady Trojans to their first perfect record (12-0) and outright title in 1984. It was that same year of 1982 that the boys won their first crown with a perfect 12-0 record.

WKBW-TV named her Coach of the Year in 1987 and the next year she won a national high school coaching award from Scholastic Coach Magazine. In 1989, Smith received a century award for both boys and girls tennis from the New York State Coaches Association for having more than 100 wins. She was presented a service appreciation plaque for 15 years of leadership at the St. Bonaventure Tennis Camp in 1993. Then in 2001, she was given a plaque for the 300 Win Club as the boys coach.

Some of the outstanding players Smith has coached on the girls level have been Sandra Schwartz and Katy LeBaron, who are the first girls from Southwestern to ever advance to the state championships. They went back-to-back years as Section 6 doubles representatives in 1999 and 2000 and LeBaron finished her singles career in 2001 with a school league record of 47-1. For the boys, doubles Chris Christensen and Todd Anderson, doubles Jon Meyer and Eric Gressman, doubles Corey Schmitt and Jeff Hamilton, doubles Scott LeBaron and Ryan Calalesina along with Greg Livingston and Chris Post are among the top performers she has coached.

Tennis has been in her blood ever since she was youngster playing at the Allen Park courts. Individually, Smith has been a Chautauqua County champion many times in singles and has combined with Heidi Strickland for several doubles titles. From 1985-1993, Smith and Strickland were undefeated champions in The Post-Journal Classic women's doubles. That same duo also won or placed high in other tournaments throughout the years. Smith has served as the Division 1 boys and girls chairmanships and as Section 6 chairman she brought the girls championships to Chautauqua County and the Lakewood Family YMCA for the first time. 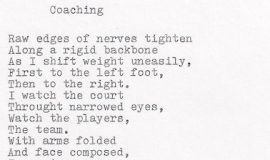