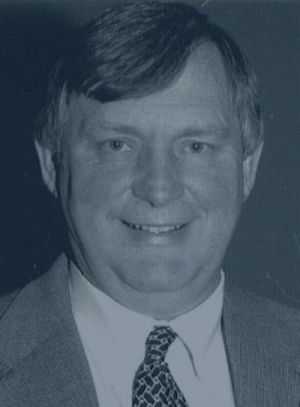 To put it mildly, William F. Rollinger Jr. put area swimming and Jamestown High School in particular on the map.

Swimming was always in the blood of the Rollinger family as his dad, William F. Rollinger Sr., established a national high school record of 18 seconds flat in the 40-yard freestyle while competing for Erie Academy. His mother, Edna Mae, was an outstanding diver and qualified for the Olympics, so, it was only natural that the younger Rollinger took up the sport.

Rollinger was born on February 28, 1941, in Erie, Pennysylvania, and began swimming at the age of five and while attending Erie Cathedral Prep became an All- American in the 50-yard freestyle. It was in that event where he finished third in the National Catholic High School Championships at Villanova University in Philadelphia.

His coaching began at an early age (14) when he assisted his Dad at the Kahkwa Country Club in Fairview, near Erie. He was an assistant aquatics director there from 1957-1967 and Kahkwa has been the sight of recent Pro-Am Golf Tournaments.Rollinger started teaching physical education at Jamestown High School in September 1965 and took over the boys swimming program in 1968 and the rest was history with sensational success.

From that point until he retired in 1990, Rollinger rolled up an impressive record of 302-39 with seven years without a dual meet loss. His teams captured the Section 6 Class A crown three times, the Lake Shore League three times as well and the Erie County Interscholastic Conference 11 more times. The Red Raiders additionally won in the neighborhood of 5O consecutive meets over a seven-year span.

For several campaigns in the 1980s, Rollinger additionally coached the Lady Raiders swimmers to another glittering slate of 66-10 and several Chautauqua County League Championships.

Rollinger started the first scholastic water polo team in New York State as the Red Raiders competed for a few years in the Erie League.

His boys swimming teams were ranked in the "Top 10" of New York and headed the Western New York Poll for several campaigns.

What really assisted the Jamestown program was the formation of the Greater Jamestown Swim Club with help from Tony LeVoie of the Jamestown Boys Club and Harold Leach from the YMCA. This was a year round program and was a great feeder system for Rollinger and the Red Raiders.

Rollinger was also a swimming-sailing Junior Program Director at the Chautauqua Lake Yacht Club and an aquatics instructor at the YMCA. He was a certified scuba diver instructor and a water safety certified instructor.

When Rollinger was in his early years in the Jamestown school system, he was the football coach at Lincoln Junior High School in 1967, then, was line coach for Tony Nunes in 1968-1969. Also, he was an assistant wrestling coach for one year under Norm Thomas and two years assisted Mike Zanghi with the track team which won a Section 6 Class A title.

Rollinger has been coordinator of Red Cross Swim-A-Cross for Jamestown Area and was the coordinator for the American Cancer Swim-A-Thons. At the time of induction, Rollinger had coached the boys tennis team for 10 years with six titles, including four outright. The team has lost only two matches the previous two years and was 13-1 in 1995. And Rollinger continued to help out with the girls swim program after retirement.

Bill was twice inducted into the Erie County (Pennsylvania) Aquatic Hall of Fame. He was inducted first as a swimmer in 2014 and then again in the Class of 2020 as a member of the 1958 Cathedral Prep water polo team. 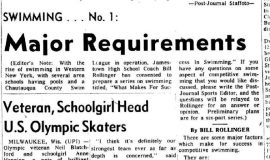 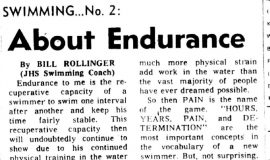 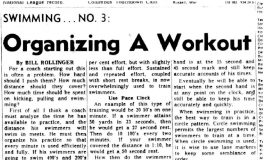 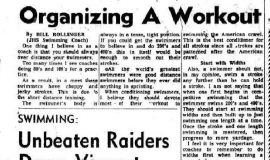 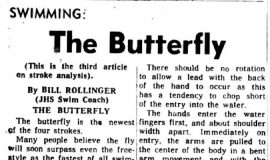 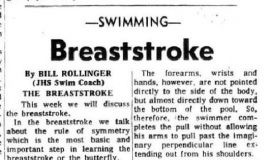