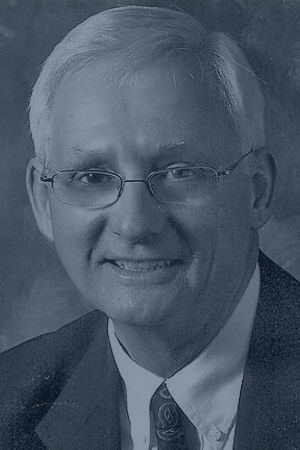 Calvin Cederquist
b. 1948
Category
Coaching
Year Inducted
2013
Over a career that spanned more than 30 years, Cal Cederquist established himself as one of the area's finest high school track coaches.

Cederquist went to Southwestern, where he was captain of the track team and a two-time CCIAC long jump champion and a Section 6 qualifier. He then moved on to Alfred State College and then Buffalo State College, where he picked up a bachelor's degree and followed that with a master's degree from St. Bonaventure and did further graduate work at Fredonia State and RIT.

His teaching and coaching career began at the original Chautauqua Central School in 1972 working with a track team that hadn't won a dual meet or a championship in 40 years. Without any real track facilities and a dozen or fewer athletes, Cederquist worked tirelessly and turned the program into a winner, claiming three consecutive championships and sent several of his athletes to Section 6 qualifiers from 1979-81, including Shawn Smith, who was a Section 6 1,000 meter champ and the sectional record holder.

Smith went on to win the National AAU Junior Olympics in the 1,500 meters after his senior year.

After a nine-year gap, Cederquist returned in 1990 to help build a combined program and again, those teams were successful. From 1994-1998, Chautauqua won five consecutive track championships with more than 50 victories and again, as before, a number of individuals earned trips to the Section 6 championships.

By 1996, Chautauqua High School was set to merge with Mayville Central School and in Chautauqua's final season, Cederquist's track team was one of the area's best.

In the final athletic event in school history, the 1,600 meter relay, team members Brian Jones, Vern Post, Todd Glenn and Lucas Brown not only never lost, but capped things off by winning the school's first and only state championship.

The merger produced Chautauqua Lake Central School in 1997 and Cederquist continued coaching, helping Jones to claim another state crown in the 400 meters.

Cederquist retired from teaching after 33 years, but remained as a coach until 2008.

During his career, Cederquist also was a four-time Post-Journal Coach of the Year winner, was named as the Joe Paterniti Coach of the Year by the Southwestern Track Association and he also received the New York State Coaches Century Award for cross country. He also served on the Section 6 Track Advisory Board for 14 years and was the Section 6 Class C chairman. He also was a Grape Belt Hall of Fame inductee.

Cederquist also had the distinction of coaching all three of his children, Barry, Kevin and Carrie, on championship teams. 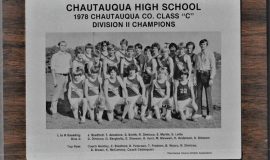 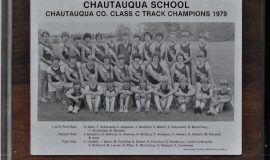 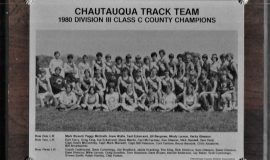 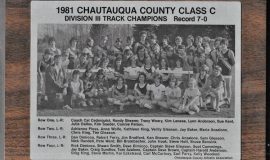 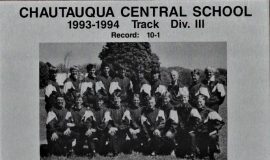 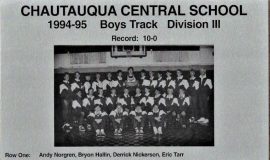 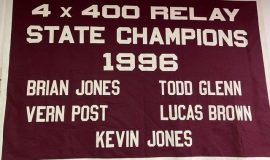 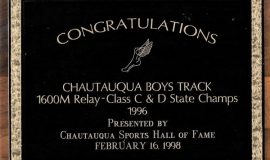 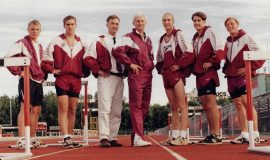 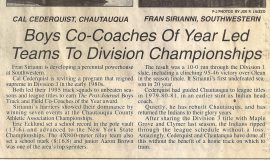