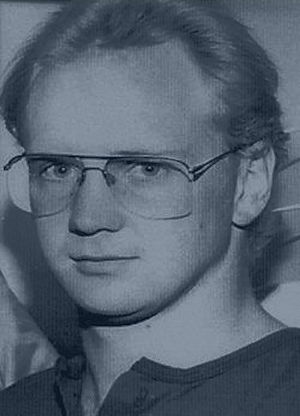 Swanson was born on June 10, 1965. He quickly developed an affinity for baseball and, by the age of 5, began participating in the Farm League in 1970, followed by Little League play in 1976-77. By the age of 11, he was already making headlines as an all-around player, but showed exceptional promise as a talented left-handed pitcher. ln 1978, Swanson helped lead his Vac-Air team to the division title in East Lake Babe Ruth action and, later on, was the starting pitcher for the 1983 16-18 Upstate New York tournament team that finished in second place.

During his high school sports career at Frewsburg, Swanson's name became synonymous with success and leadership while playing football and basketball for the Bears, in addition to building his reputation as one of the area's top baseball players, both in pitching and as a first baseman. He was an all-league selection and an all-star performer every year until his graduation with high honors in 1983.

During that time span, Swanson also participated in the all-star baseball game at the old War Memorial Stadium in Buffalo in 1983 where he pitched two scoreless innings while striking out four. Additionally, he was named as an all-star in the Lions-Topps All-Star Football Classic during the same year. Prior to that, Swanson was named as the Offensive Player of the Year in football in 1982.He was offered an opportunity to play baseball for Jamestown Community College, but instead chose to accept an athletic scholarship to Canisius College, where he excelled on the mound for the Golden Griffins from 1984-87. He was named most valuable player in the 1985 St. Bonaventure Fall Classic and also had the opportunity to play in the regional playoffs in Rhode Island.

In addition to his success in college, Swanson also produced more memorable performances while playing in the County-Grape Belt league from 1985 to 1991 and was named a league all-star every season. He also was an outstanding softball player from 1984 through 1991 and played for several teams, including the Nic-L-Inn, Ecko Tool, VFW and the Keg Room.

After graduating from Canisius, Swanson joined Chase Lincoln Bank and was elected as a bank officer and also served as a senior sales coordinator at the Falconer branch office. He was also a member of the Board of Governors of the American Institute of Banking and the M.E.D. Banking Network.

He was also active in the community and was a volunteer for the United Way's Pacesetter campaign and the Chautauqua County Fund for the Arts, along with coaching Little Hoopers basketball.

Swanson had hoped to coach Little League baseball, but that dream was tragically cut short on September 28, 1991, when he died from injuries suffered in an automobile accident. He was just 26 years old.

To honor his memory, the Craig "Swanny" Swanson Memorial Scholarship Fund was established shortly after his death and since 1992, one or more Frewsburg Central School college bound seniors who best exemplify Swanson's qualities of leadership, a will to win and gregariousness receive scholarships. The fund is supported by three successful events held each year: a handicap doubles bowling tournament, a "best-ball" golf tournament and a double-elimination softball tournament.