The Post-Journal
by Scott Kindberg
July 25 2019

Once a summer for the last 15 years, a group of local fans of the Detroit Tigers have met for lunch at the Lakewood home of Greg Peterson. The special guest each time has been Jamestown native Dan Lunetta, who happens to be the Tigers’ director of minor league operations based in Lakeland, Florida. To commemorate the latest discussion of all things Tigers on Wednesday afternoon, Lunetta was presented a framed and matted display of 13 baseball cards featuring members of Detroit’s 1984 World Series championship team.Among the names housed in that frame were Lance Parrish, Kirk Gibson, Jack Morris, Lou Whitaker, Alan Trammell and manager Sparky Anderson. If the cards could be removed from their enclosure and turned over, what stories they would tell.

On a beautiful early afternoon on the shores of Chautauqua Lake, there were plenty of stories told and retold, tales that didn’t necessarily involve major-league legends, but, more importantly, connected the dots in how a “Lunetta Lunch” became even possible in the first place.

Lunetta grew up in Jamestown, attended Jamestown High School and Jamestown Community College, and loved sports, which drew the interest of Bruce Turner, former Jayhawks assistant athletic director. He suggested that Lunetta should attend SUNY Brockport for his junior and senior years to obtain a bachelor’s degree in sports management.

In other words, Lunetta had made quite an impression during his time on campus on Jamestown’s eastside.

But that was only the first significant endorsement of Lunetta’s acumen. The second came from Jim Fanning, the longtime Montreal Expos’ front-office mainstay, who made frequent trips to Jamestown when the city was a Class A affiliate of the National League team in the New York-Pennsylvania League.

During one visit at the former Ironstone Restaurant in the late 1970s, Fanning happened to ask Russell E. Diethrick Jr., Jamestown’s “Mr. Baseball,” if Lunetta was still serving as a groundskeeper at the ballpark, then known as College Stadium.

When Diethrick, who hired Lunetta for that job, responded in the affirmative, Fanning said, in so many words, — “Get him out of there.” By 1980, Lunetta was named the general manager of the Jamestown Expos, beginning a career in professional baseball that is closing in on 40 years. 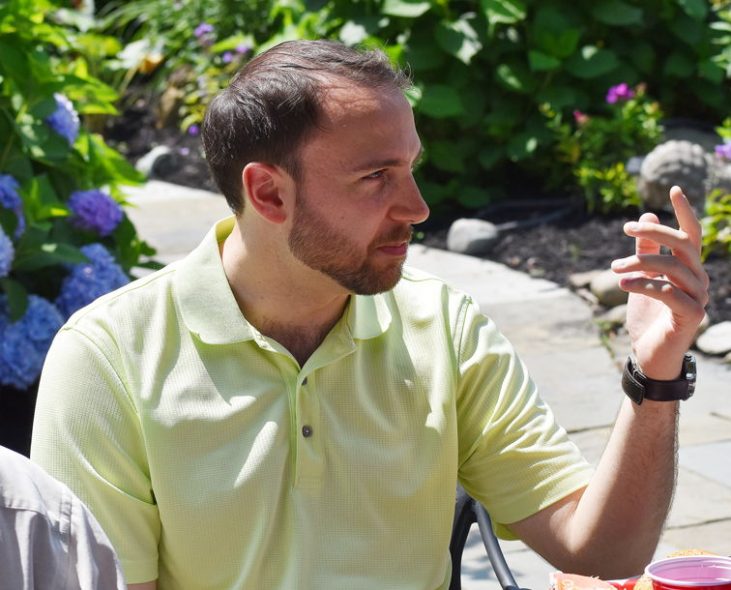 “I learned quickly in my career that I wanted to be like Jim Fanning.”

Jim Fanning passed away in 2015 at 87, a loss that Lunetta has called “devastating.”

“(Maria Fanning, Jim’s wife) told me that he always referred to me as one of his kids,” Lunetta said in a story that appeared in The Post-Journal shortly after Fanning’s death. “When she told me that, I couldn’t have been more proud to know that’s how he felt. It was very special and it put a huge smile on my face.”

Imagine then how Lunetta feels about the news emanating from Jamestown Community Baseball LLC as it begins to gear up for the Jammers’ return to the Perfect Game Collegiate Baseball League in 2020.

Jamestown Community Baseball LLC has been in the news quite a bit in the last month, during which it signed a lease transfer agreement with the city, making it the primary tenant of Diethrick Park; named a new manager in Jamestown native Jordan Basile; and signed a new general manager.

And guess who recommended him for the job in Jamestown?

“The community will love this guy,” Lunetta said earlier this month, “and I believe he’s going to do an outstanding job. I have not seen a young man with the passion he has in a long time.”

Frank is one of Lunetta’s biggest fans, too.

“Not a lot of (casual) fans would know (Lunetta) by name, but anybody who is in baseball knows his name and what he does,” Frank Fanning said at his contract signing. “He’s obviously one of my favorite people.”