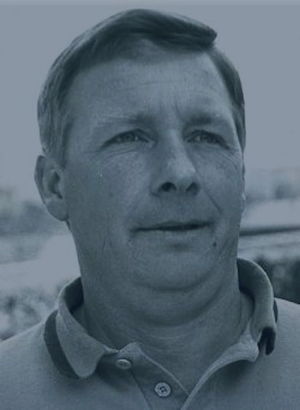 Jamestown High School has produced many outstanding athletes and one of the finest has to be Dan O'Neill.

Under the guidance of his father, J. Robert O'Neill, who was a fine golfer himself, the younger O'Neill started fine-tuning his golf game at a young age and then really blossomed for former coach Dick Kimball's JHS team. O'Neill was the Most Valuable Player for the Red Raiders in 1968 and received championship shields from the New York State Public High School Association in 1967 and 1968 for competing in the state tournament.

Also in 1968, WJTN sports director Pete Hubbell wrote an article on O'Neill in the "Teen-age Athlete of the Month" section of Sport Magazine. That same year, he had the honor of playing an exhibition at the Shorewood Country Club in Dunkirk with pros Ken Venturi and Bob Goalby.

On August 25, 1968, he became the youngest ever to win the Buffalo District Association title and claimed that title again on July 19, 1971. Along with his dad, O'Neill won the Buffalo District Father-Son title in 1969. He was also the Maplehurst Country Club Junior Club champion in 1966 and 1967 and took the club title at Moon Brook CC in 1969, 1971 and 1972. Additionally, he was the Nittany Open Best Ball winner at State College, Pennsylvania, in 1968.

O'Neill's outstanding accomplishments as a scholastic golfer earned him a scholarship at Penn State University where he was either a first or second-team All-American all four years. A physical education and health education major, O'Neill was selected team captain in his final year and earned the Paul Mitten Memorial Award.

O'Neill won the Indiana Collegiate Invitational in Indiana, Pennsylvania in 1971 and the Eastern Intercollegiate individual championship from 1971-73 and was on the team championship squad in 1972 and 1973.

After playing in and making the cut for National Open Qualifier, O'Neill turned professional and played on the mini-tours and won about $35,000 in events in the United States, Canada and Mexico. He earned his PGA Tour card in June 1975 and competed in about 20 tour events, including the U.S. Open in Atlanta in 1976 and in the U.S. Open in Pontiac, Michigan.

An appendectomy interrupted his pro tour career and he eventually accepted the club pro position at the Nittany Country Club in Mingoville, Pennsylvania from 1978- 82.

From 1982-1990, he worked for Gettig Technologies Inc., of Spring Mills, Pennsylvania. Among his duties were to aid in the development of an electronically-controlled golf walking cart. He also conducted golf clinics and outings for the purpose of promoting the company and its products. In addition, he represented the company on the course and prepared material for national advertisements and literature on the golf cart, plus arranged display booths for the company in the national PGA Merchandise Show.

O'Neill returned to Jamestown in March 1990 as the head golf professional at Moon Brook.

O'Neill finished 10th in the 1990 overall standings of the Western New York PGA section and was third the following year. In 1991, he also competed in the Club Professional Championship in Miami, Florida. 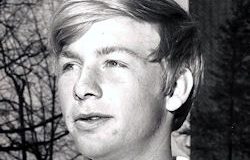 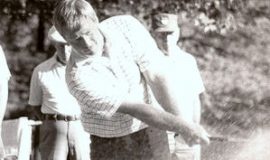 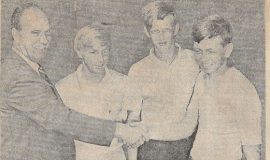