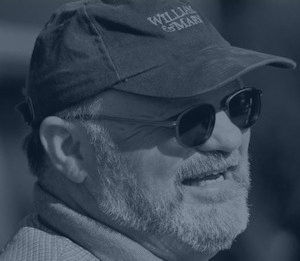 EDITOR'S NOTE: The following article originally appeared in The Post-Journal on July 4, 2014.

The College of William & Mary will finally have to bid adieu to the man whose broad shoulders have carried its track and field program to unbridled success over the past 28 years - Falconer Central School graduate Dan Stimson.

Stimson led the Tribe for a quarter of a century as Director of Track and Field until the 2011-12 season when he made the decision to return to his athletic roots, coaching throwers in the shot put and the discus for the past three years.

Under his leadership, the Tribe have racked up an outstanding 49 Colonial Athletic Association titles and produced some of the most accomplished runners, jumpers and throwers in collegiate track history.

Before relocating to William & Mary in 1986 to begin his directorship, Stimson cut his teeth as a throwing coach and assistant track coach at the University of Tennessee, then moving on to Miami University of Ohio.

But Stimson's history of athletic achievement stretches back much further than his early years spent coaching track, all the way back to his time growing up around Jamestown.

In fact, if it were not for a strange twist of fate, track and field might not have ever been in the mix.

Raised on a chicken farm near Frewsburg, Stimson was born to be an athlete.

"I won the lottery when I was born. My parents were great," he said with a chuckle on Thursday evening.

By the time that Stimson entered the seventh grade at Falconer, he stood around 6 feet tall with more than 200 pounds of muscle. As one might expect for a child of his size and strength, football was always at the top of the list for Stimson.

He said of his early love for the game, "My father played semi-professional football after the World War and even played for the team in Jamestown. I played on the 1964 undefeated Falconer team as a starting center; I thought that I would end up being a football player."

And you can bet that he would have been a great one, if not for a serious knee injury that effectively ended his promising career. As a sophomore, Stimson tore his ACL sliding into second base one fateful afternoon and that was the end of his football playing days.

"Doctors could not fix the ACL in those days, so I put a brace on and my last two years I made the state (track) meet in the shot and the discus," said Stimson.

It was at the Jamestown YMCA where Stimson first learned how to really train his body as a thrower, and the lessons that he learned in high school followed him throughout his coaching career. His new track coach, Dan Lounsbury, suggested Stimson head over to the Y and try some weight training, because at that time there was no weight room at Falconer.

It was there that Stimson met Harold Leach, an accomplished weightlifter who had competed in the 1956 Olympic trials and knew a thing or two about building muscle. From that point on Stimson only got bigger and stronger, eventually earning a track scholarship to Ohio University in 1967.

Of course it didn't hurt that Stimson's now wife, then Rosemary Beal, would also be attending Ohio on a fine arts scholarship.

"She has been a huge part of my success, obviously," Stimson said. "She has been very helpful in recruiting and for 43 years she has been a track coach's wife, and I was away a lot."

After starting college at a young age, Stimson graduated from Ohio at the age of 21 and began looking for opportunities as a graduate assistant with collegiate track programs.

In the end, Tennessee ended up being the perfect place for the former Bobcat to gain experience as a throwing coach for some of the best athletes in the country.

"One thing you learn really quickly in coaching is that you aren't much better than the kids you are coaching," he said of his time at Tennessee.

Stimson then spent time as an assistant at Miami in the early 1980s, which was when track and field programs started creating directorship positions that combined men's and women's teams.

With Stimson's background in field events and years spent as an assistant coach, the directorship at William & Mary seemed like a natural fit. Now after his near three decades with the Tribe, Stimson has laid a legacy that extends far beyond success.

At a college with the academic rigors of William & Mary, track athletes always had a place to relax under the leadership of their burly, but affable, leader.

"In the end you come out farther ahead if you treat people well," said Stimson. "You can take the fun out of things easily and that takes away the reason why you are playing. Athletics is nothing more than organized play."

You can speak with Stimson for all of 30 seconds before realizing why he has been able to coach so many athletes to success. He brings out the best in people, and knows that there is more to life than how far you can throw a shot - even though not many people can throw farther than him.

"Your athletic performance does not define you as a person," he said. "If it does, you are missing the point. That is not your self-worth."

No matter what your measure of a man, Stimson exceeds expectations. 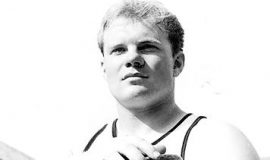 Dan Stimson turned in quite an athletic career at Falconer Central School in the 1960s where he excelled in track and field. 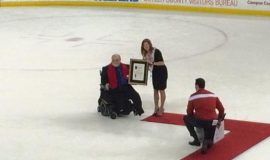 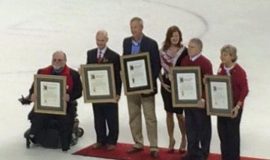 Dan Stimson with the other 2015 "Cradle of Coaches" inductees. 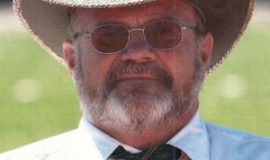 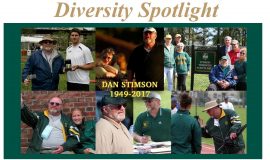