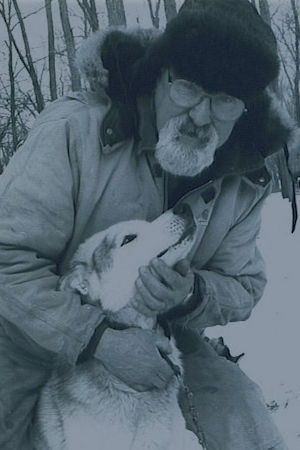 Dave Shaw
1928–2018
Category
Sled Dog Racing
Year Inducted
2004
For the first time, the sport of sled dog racing is represented in the Chautauqua Sports Hall of Fame thanks to the achievements of Dave Shaw from Lakewood. Sled dog racing requires tremendous dedication and very hard work in developing canines and Shaw has certainly filled that bill very nicely.

Before getting involved with sled dogs, Shaw was an auto racer for 10 years. However, he had always wanted to own one of the canines and in 1973 he purchased Netka, a white Malamute/wolf cross-breed and that led to a kennel of dogs that was operated by Shaw and his wife, Jan. Before he started racing his own dogs, Shaw worked at local races such as the Shriners Club, Wing Creek, Cockaigne, Allegany State Park and the Mayville Ice Festival. He also worked communications, photography and trail-keeping for the races at the Den Adelman's Club.

Shaw made it possible for many area people to get started in the sport by giving freely of his knowledge, time, equipment and furnishing dogs and complete teams to beginners. Among those drivers that have had success with several championships were Scott Marquart, Bill Kiendl, Tom Becker, Jim and Diane Miller, Dave Lewis and Laurie Feeley.

Shaw has won more yearly championships than any driver in the Canadian-American Sled Dog Racing Association, a sled-dog racing association that is one of the oldest in the nation. He began competing in 1979 and won titles in various class over the years. In his first season, Shaw won the Recreational Class followed by the Seven-Dog Class title in 1980-1981 and Three and Five-Dog crowns in 1982-1983. By winning three titles in 1982-1983, Shaw accomplished what no other Canadian-American driver has ever done. That same year was selected the organization's Musher of the Year.

The 1983-1984 season saw the Five and Seven-Dog Classes dropped in favor of the Six and Eight-Dog Classes. Shaw dominated again despite finishing one of the races with a broken shoulder. Then, titles were won in Three and Six-Dogs in 1984-1985. Shaw captured the Unlimited Class championship in 1985-1986 and the Eight-Dog title in 1986-1987.

In 2008 Shaw was presented with the Canadian-American Sledder's Lifetime Achievement Award in recognition of his dedication to Can-Am and to the sport of running sled dogs. 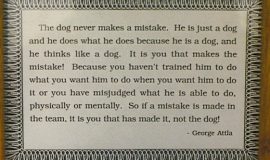 Advice for the trainer from legendary musher George Attla. 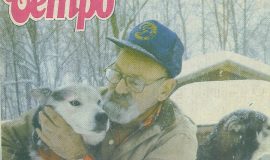 Cover from a feature story on Dave Shaw in the Post-Journal. 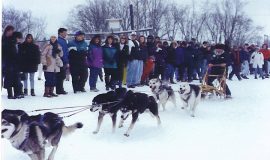 Dave Shaw on a demonstration run. 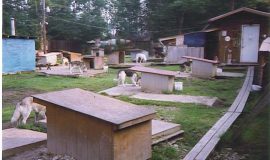 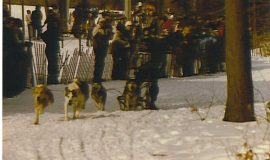 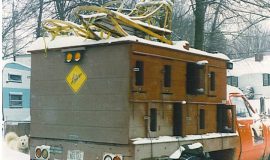 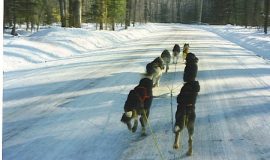 View from the sled. 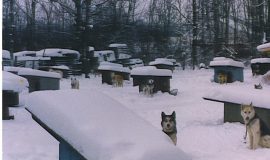 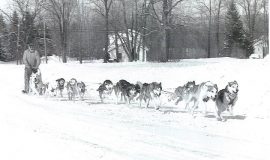 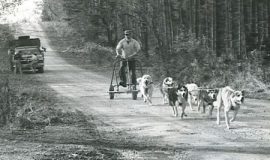 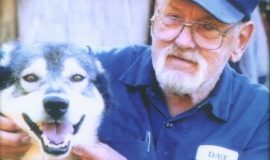