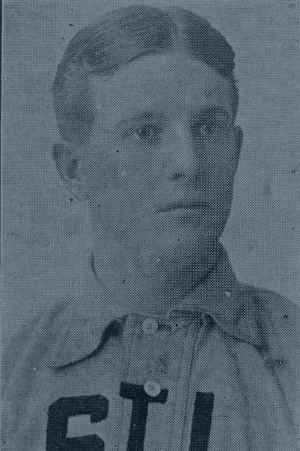 When Jack Harper was inducted posthumously into the Chautauqua Sports Hall of Fame in 2019, he was the 27th baseball player to be so honored by the organization, which enshrined its first class in 1982.

To suggest Harper's tenure on the diamond was quite an odyssey would be an understatement.

Along the way, Harper posted an 80-64 record that included 115 complete games, 10 shutouts, one save, 466 strikeouts and a 3.55 earned run average. His best season was in 1904 when he was 23-9 with a 2.30 ERA as member of the Reds. Among the batters he faced during his career were Honus Wagner, Frank Chance, Johnny Evers Joe Tinker, Willie Keeler, Hugh Jennings and Nap LaJoie, among others. He even broke in Branch Rickey Sr. as a catcher.

"My toughest game was a 10-inning affair with Joe McGinnity furnishing the opposition," Harper told Post-Journal sports editor Frank Hyde in 1946. "That was in 1904. I had won my first nine games with the Cincinnati and Joe had won th his first 10 for the Giants. We were slated at the old Polo Grounds and the newspapers gave it a terrific play, booming up the fact two pitchers with 19 wins and no losses between them were to meet. The game drew 50,000 paid admissions, a record in New York up to that time."

Off the field, Harper was the first Major League player to share in his own sale money, pressing a hard bargain and making it stick when he was put on the auction block by the Reds in 1906. He pitched part of the 1906 season with the Cubs, but after appearing in just one game he retired.

"I've never seen (Bob) Feller, but I did see Ted Williams," Harper told Hyde. "That boy is a ballplayer. He held his own with the best we had in the old days. … Who was the greatest pitcher I ever saw? … Well, I'd have to go along with Christy Mathewson. My second greatest choice, if he behaved himself, would be Jack Powell, my St. Louis teammate."

Upon his retirement, Harper operated the Rapid Transit Company in Jamestown until 1937, Harper Grill until 1945 and a gas station on Fairmount Avenue until he had to stop the lease because of failing health. He passed away in 1950. 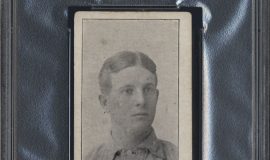 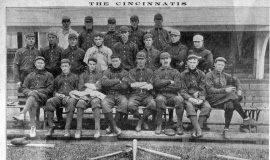 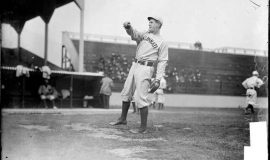 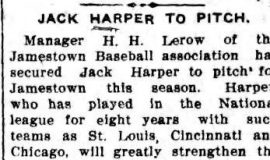 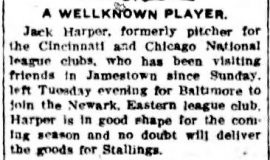 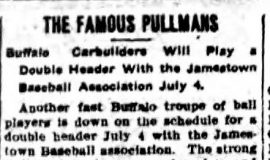 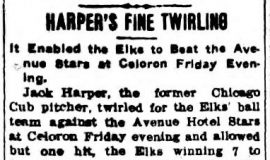 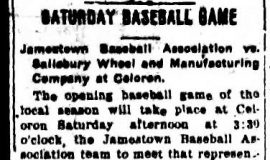 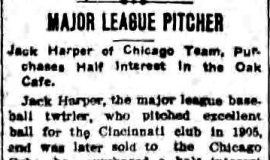 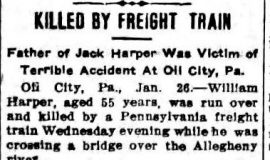 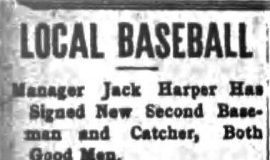 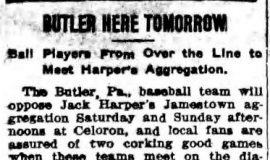 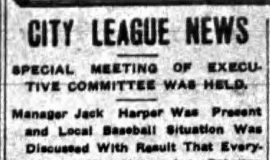 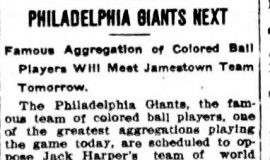 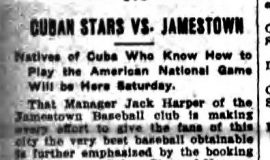 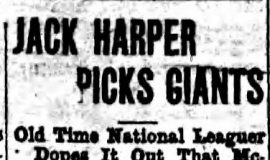 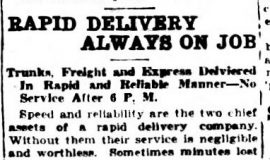 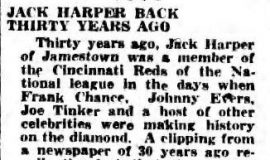 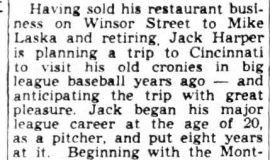 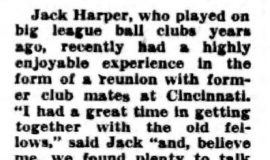 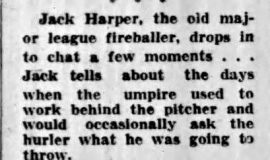