The Post-Journal
by Randy Anderson
September 25, 2019 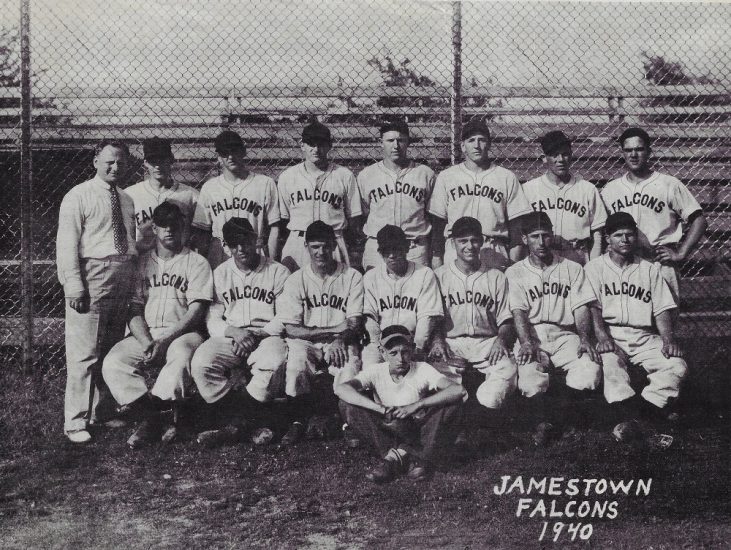 Following the 1939 season, the Pittsburgh Pirates, owners of the Jamestown Pirates team, decided to move their club out of Celoron Park to London, Ontario. Jamestown was left without a team in the PONY League after just one year in professional baseball.

However in June of 1940, it was reported that Harry Bisgeier, owner of the Niagara Falls Rainbows would move his team to Jamestown with the assurances that a new stadium would be built on Falconer Street.

The Niagara Falls team relocated on July 19 and was renamed as the Jamestown Falcons. They played their home games at Allen Park on the city’s south side for the remainder of the 1940 season.

Manager Joe O’Rourke’s squad finished with a 48-55 mark, fifth in the 6-team loop. The Olean Oilers repeated as champions.

Among the men who played for the Falcons that year were three who became permanent well-known residents of Jamestown when their playing days ended: Johnny Newman, Dick Schmidt and Duane Schaffer.