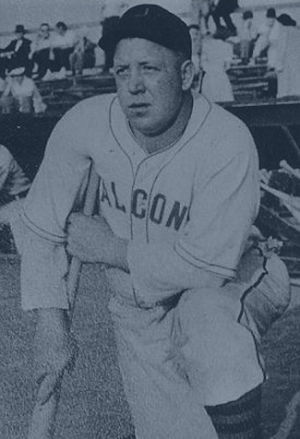 John Newman
1913–1969
Category
Baseball
Year Inducted
1988
Perhaps the most popular baseball player ever to wear a uniform for the Jamestown Falcons was John Newman, known as "Big Jawn" because of his large frame which was well over 200 pounds.

Newman arrived in Jamestown in 1941 and became a big favorite by leading the NY-P League in batting (.358) and establishing a home run record with 29. That year the Falcons won the pennant but lost the Governor Cup Playoffs to Hamilton.

Newman repeated as batting champion (.353) and broke his own home run record with 30 as the Falcons won the pennant again and the playoffs in 1942. The popularity of Newman enabled the Falcons to set an attendance record of 122,801 in 1941 and an even better regular-season mark of 143,016 in 1942.

Born in Chicago on December 20, 1913, Newman was an outstanding athlete at Roosevelt High School where he captained the baseball and football teams. He pitched and played the outfield and in addition, he was an All-City guard in football.

Prior to coming to Jamestown, he had great success at other minor league stops such as Owensboro, Kentucky, of the Kitty League where he set a league home run record of 33 in 1939. That season he was nominated as the outstanding personality in Owensboro, voted the most popular player in the circuit and was picked for an outfield position by every fan that sent in a ballot for the all-star team.

He was involved on a professional level either playing or managing from 1935-1947 except for time out to serve in the Army. In Manila he played for the Fifth Replacement Depot army team made up of major leaguers such as catcher Joe Garagiola.

Newman possibly would have made the majors, but a broken leg sliding into third base in 1936 while playing for Minneapolis of the American Association proved to be his downfall. He was in the hospital for months and his weight ballooned to 245 pounds.

Among his biggest thrills was John Newman Night in Jamestown on August 15, 1941 when he was given the key to the city by Mayor Roberts. He was also made honorary mayor, fire-police chief and even dog catcher. Some 20 years later he was given another John Newman Night at College Stadium, which was co-sponsored by the Jamestown Tigers and the City Bus Drivers.

Newman loved to work with the area youngsters and gave a lot of his time to Babe Ruth Baseball. In 1967 and 1968, he guided Jamestown to the New York State 13-Year-Old Babe Ruth Championships. 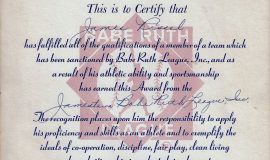 John Newman was the Babe Ruth League manager who signed this certificate for James Rissel, who is the son of CSHOF inductee Harry "Doc" Rissel. 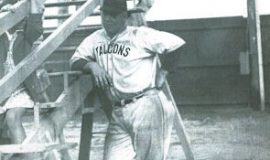 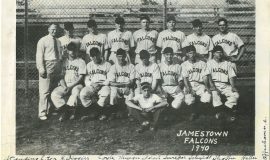 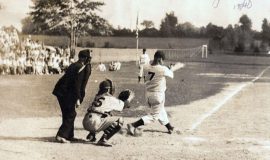 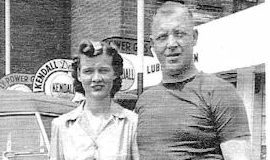 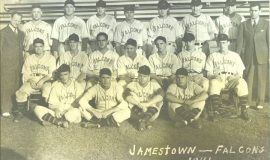 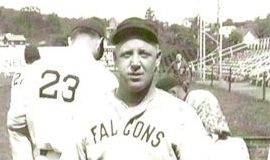 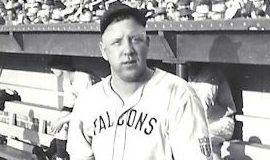 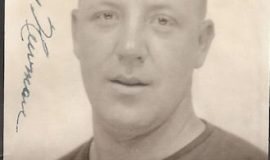 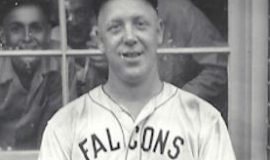 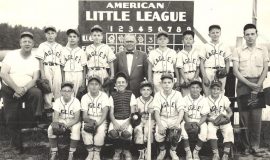 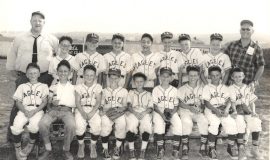 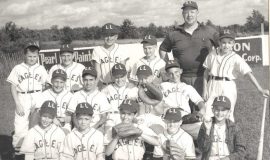 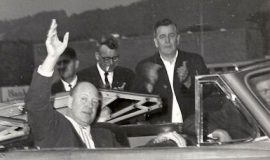 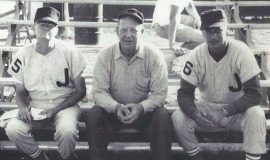 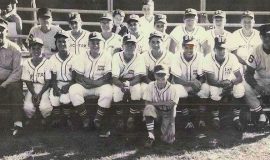 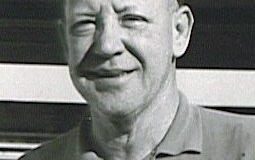 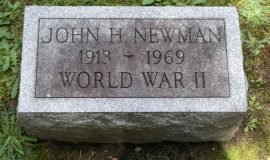 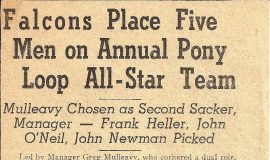 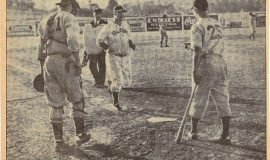 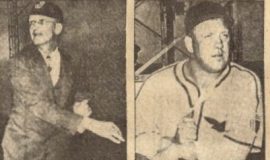 Mayor Sam Stroth throwing out first pitch of season and John Newman on dugout steps circa 1946-47. 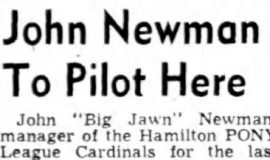 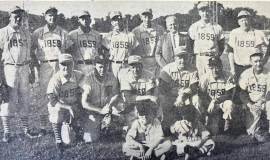