The Post-Journal
by Randy Anderson
November 12, 2019 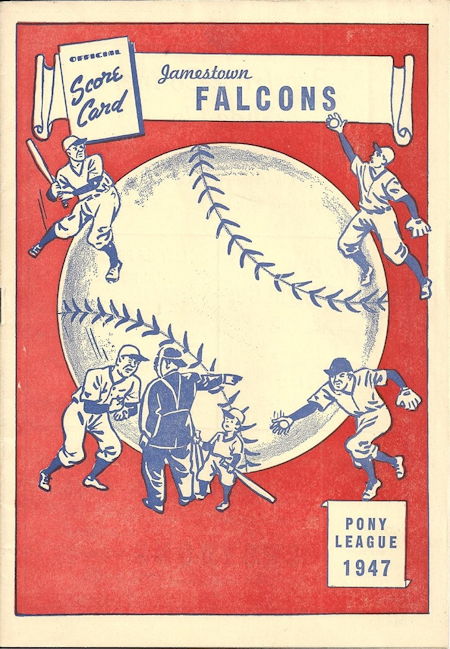 The 1947 Jamestown Falcons, managed by Marv Olson, were the PONY League champions compiling an 87-39 regular season record as well as capturing the Governor’s Cup playoff. Over 95,000 fans clicked the Municipal Stadium turnstiles to root for their boys.

The “Falks” led the league in team batting, topped by Andrew Alexson at .338. The pitching staff was led by a pair of Teds. Ted Kapuscinski won 16 games while converted third baseman, Ted Wyberanec, a Chautauqua Sports Hall of Fame inductee, won 15.

Dunkirk native and Chautauqua Sports Hall of Fame inductee, Mark Hammond, was the team’s business manager for club owner John Jachym, another CSHOF honoree. Upon the signing of 20-year-old prospect Keith Allswede, Hammond quipped, “If Keith Allswede lives up to the expectations of the 30,000 Swedes in Jamestown, he will be the most popular player in team history.”

Unfortunately the youngster struggled, getting just 13 base hits in 132 at bats for a .098 average. The Detroit Tigers reassigned Allswede to Class D Jamestown the following year and he responded much better, batting .266. Yumpin’ Yimminy!