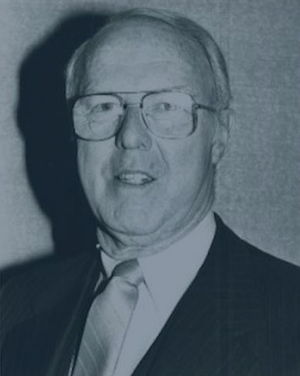 From 1947-49 he was general manager of the Tri-City Black Hawks and Syracuse Nationals of the National Basketball League.

Back to baseball, he was general business manager of the International League's Buffalo Bisons in the early 1950s and was a major league scout for the Washington Senators, Kansas City A's and St. Louis Cardinals. 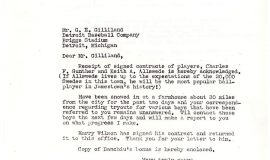 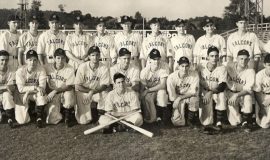 Mark Hammond is standing on the far left of the back row in this photo of the 1945 Jamestown Falcons. 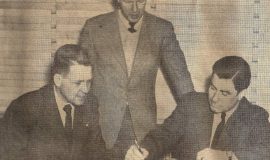 Marvin Olson signs the papers that made him manager of the Jamestown Falcons for 1946. Owner Johnny Jachym, seated left, looks on as does Business Manager Mark Hammond.