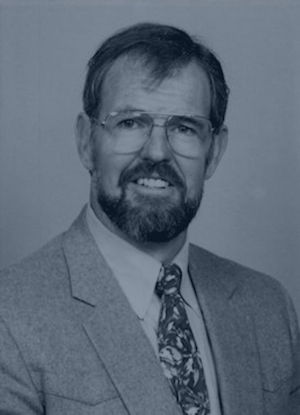 Kearney, a 1962 Southwestern graduate, made his mark in the sports world in flatwater canoeing with five national championships and was also a sports physiologist for the United States Olympic Committee. Kearney was born on June 27, 1944, in Springfield, Massachusetts, and moved to Chautauqua County when he was four and lived in the area until September of 1968.

While at Southwestern, Kearney was on the track team for two years and tossed the shot put and discus. It was in the shot put where he established a school record of 49-3 and credits Coach Joe Rushin for his success. He also spent one year as a starting tackle on the football squad. The Trojans won their final three games that year, including a 12-7 non-league upset at Sweet Home.

Following graduation, Kearney went to Brockport State and enjoyed a very successful career from 1962-66 under Coaches Clifford Wilson and Jerry D'Agostino. Kearney competed for four years on the gridiron with two years as tackle and another year at tight end. He also posted a 4-0 wrestling mark in his junior year. Kearney additionally competed in indoor and outdoor track and participated in the shot, discus and pole vault. He set a shot school standard of 49' 2 1/2".

After graduating from Brockport State with a Bachelor of Science in Health and Physical Education, Kearney spent 1966-71 at the University of Maryland, where he earned a Masters and Ph.D. in physiology. He was led to Maryland to gain an inspiration to understand the body response and adaptation to the training process. Thus, that goal took him to Maryland and emersion in the Human Performance Laboratory for five years of study.

In 1971, Kearney began his coaching career by taking over duties of cross country and indoor track and field for three years at Appalachian State University in Boone, NC. He was also an assistant professor and was responsible for the development of the Appalachian State Performance Laboratory.

Next, Kearney accepted the position of Director of the Human Performance Laboratory at the University of Kentucky at Lexington in 1974. Over the next 12 years, he became a tenured full professor, chairman of the department, had junior appointments in the medical and physical therapy schools and published more than 25 papers.

During his tenure at Kentucky, Kearney became more involved in competitive canoeing from 1975-85 and had a sensational career in flatwater and marathon canoeing. Kearney was the C-2 National Champion in the Alumacraft Class in 1975 followed by the Olympic Trials in 1976. In 1978, he was on the United States world championship team in Belgrade, Yugoslavia, where competition was in C2 500m, C-2 1,000m and C-1 1,000m. That same year, he was the national champion in C-2 500m, C-2 1,000m, C-2 10,000m and C-1 500m. The U.S. world championship team placed 12th in C-2 10,000m in 1979 at Duisburg, West Germany. At the Olympic Trials in 1980, he won the trials for C-1 500m and was a member of the 1980 Olympic team. Kearney was on the 1981 USA world championship C-2 500m team, which competed in Nottingham, England. Two years later, in Finland, he was the boatman on the world championship squad. ln 1984, he was the second team alternate for the Olympic Trials and was the ABC color commentator for the canoe-kayak event in the Olympics. Kearney was a medalist in several events at the Olympic Festivals of 1978, 1981, 1982 and 1985. His finest moment was winning the Olympic Trials on ]une 9, 1980, and his most disappointing moment was the announcement of the Olympic boycott on April 14, 1980. He has competed in Canada, Mexico, Belgium, Holland, Denmark, France, Spain, Finland, West Germany, Sweden, Scotland, England and Yugoslavia. Kearney praises the canoeing coaches Roland Muhlen, Andy Toro and Paul Podgorski. Toro and Podgorski were national team coaches.

Since 1986, Kearney has been the sports physiologist in the Sports Science and Technology Division of the United States Olympic Committee in Colorado Springs, Colorado. "This provides me the opportunity to focus on assisting elite level coaches and athletes (to) optimize their performances," he said. "The division programs include testing and evaluation services, athlete and coach education programs and research and development. This is an ideal position and sport has thus been an integral aspect of my personal and professional development."

The 6-foot-2, 212 pound Kearney also enjoys alpine and Nordic skiing, mountain hiking, trail running and rock climbing. When Kearney was inducted into the CSHoF, it was his second Hall of Fame honor. Brockport State bestowed the honor in 1987. 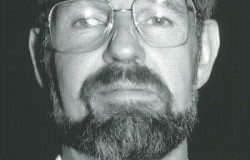 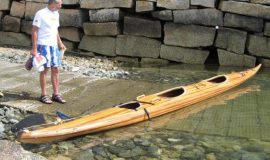 Jay Kearney at the launch. 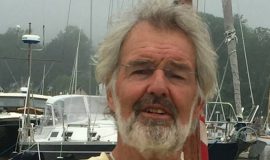 Jay T. Kearney on the safety of simulated altitude systems