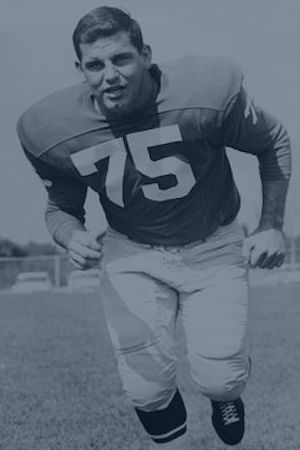 He went on to the University of Pittsburgh where he is still considered one of the Panthers' greatest linemen. He was named an Associated Press All-Star 3 three times and a United International All-Star twice. He played in the East-West Shrine Game, the Senior Bowl and played for the College All-Stars against the NFL Champion Detroit Lions. The All-Stars defeated the Lions who were quarterbacked by Bobby Layne.

McCusker played in the NFL for seven years with the Chicago Cardinals, Philadelphia Eagles and Cleveland Browns and was a member of the Eagles when they won the NFL title by defeating Green Bay 17-13 in the 1960 championship game. His final year was played with the New York Jets in 1964. 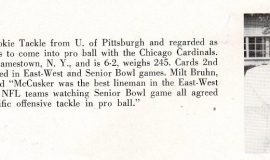 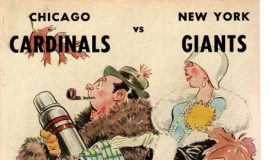 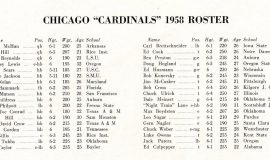 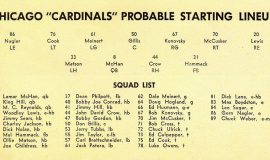 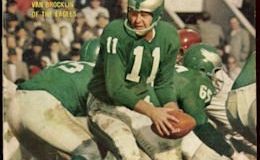 Jim McCusker is #75 on left behind Norm Van Brocklin on the December 19, 1960 cover of Sports Illustrated. 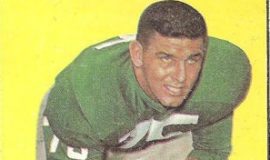 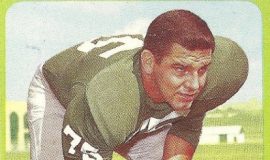 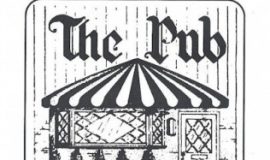 Menu cover from The Pub 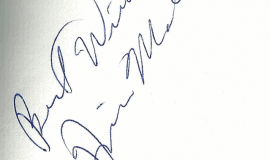 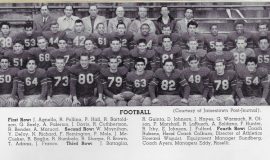 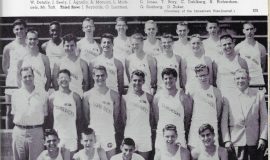 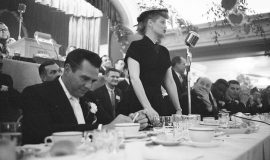 Jim McCusker is #75 and Chuck Bednarik is #60 here with the 1960 Philadelphia Eagles. courtesy Sports Illustrated 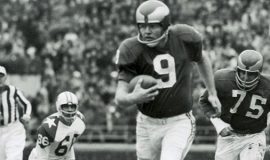 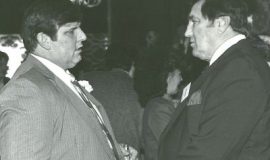 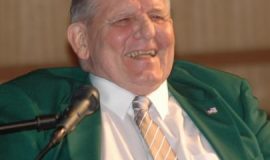 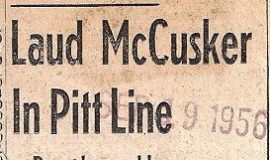 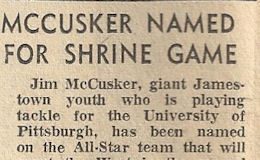 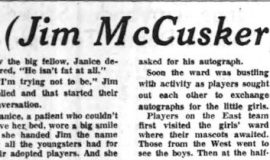 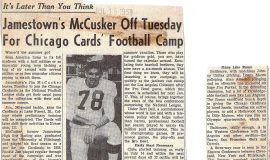 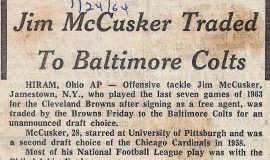 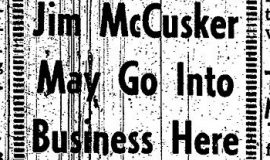 Tommy McDonald of the Eagles

Watch for #75 Jim McCusker in these Eagle video clips