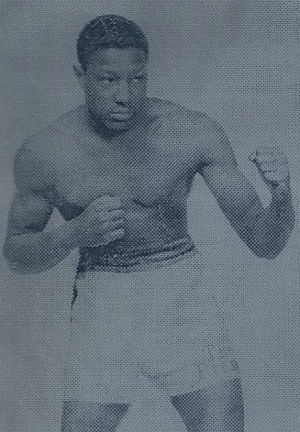 Jimmy Clark
1914–1994
Category
Boxing
Year Inducted
1983
Jimmy Clark was born James Clark Atkinson in Norfolk, VA on February 26, 1914 or 1915, depending on the source. He was the son of Ernest Atkinson and Beatrice Davis. His father died when Jimmy was five years old. Beatrice moved with her young son to Titusville to be near friends. Jimmy attended public schools in Titusville, PA and moved to Jamestown in 1935.

As an amateur Clark piled up 23 titles, winning tournaments in Pittsburgh and St. Louis, as well as local bouts at the Washington Street Auditorium in Jamestown and Celoron Park. He fought for the American AAU team in Paris, France in 1935, winning all three of his matches. He was the US amateur welterweight champ, the New York State middleweight champion, and defended his Golden Gloves title eight times.

Jimmy earned a spot on the 1936 United States Olympic boxing team as a middleweight by scoring five knockouts in the national trials tournament.

At the Berlin, Germany Olympics, Clark lost a controversial decision on points in the quarterfinals to Polish boxer Henryk Chmielewski. U.S. officials and media both cried foul about the loss by Clark, a black fighter, during a time when Adolph Hitler was expounding on his theory of Aryan supremacy. "A complete jobbing by boxing officials", a Detroit newspaper wrote.

During those 1936 Games - forever made famous when Jesse Owens spoiled Hitler's Olympics with four gold medals - Clark decided he wanted to greet Hitler. As he approached the Nazi dictator's viewing stand, he found himself quickly surrounded by "Brown Shirts" who escorted the American fighter back to his seat among the other U.S. athletes.

Clark turned pro after the Olympics and was managed by Marshall Miles who also managed Joe Louis. Jimmy was a clever boxer who relied on bobbing and weaving and powerful left and right hooks. He was known as the Jimtown Express.

Jimmy never fulfilled the promise of his youth, compiling a 20-19 record according to BoxRec.com. He did, however, knock out eventual world middleweight champ Tony Zale in the first round on February 21, 1938 at the Marigold Gardens in Chicago. Zale later exacted revenge for the loss by beating Clark twice that same year. Clark also fought top fighters Billy Soose, Ken Overlin, Ralph DeJohn, and Teddy Yarosz during his career.

In a 1956 interview, Clark said, "They robbed me in the Olympics and I was rushed too fast as a pro."

A World War II Army veteran, Jimmy Clark died at the age of 80. His legacy to the fight game was not forgotten as he was inducted into the Buffalo Boxing Hall of Fame in 1998. 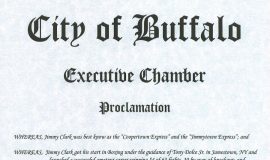 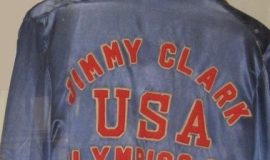 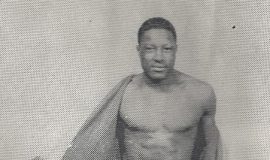 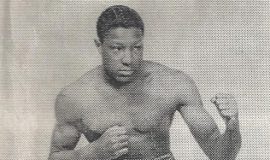 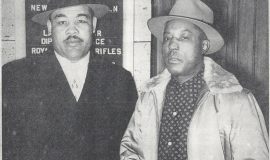 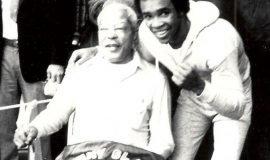 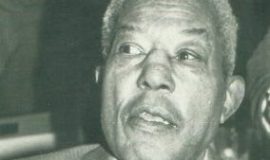 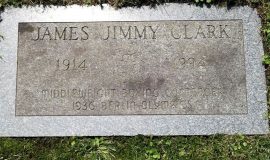 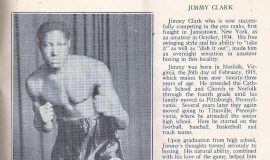 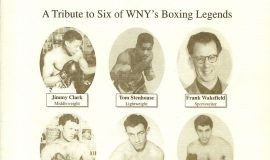 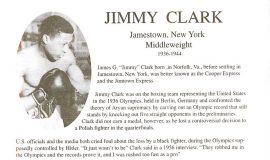 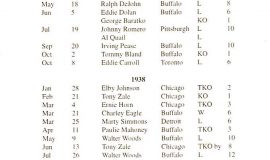 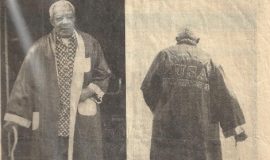 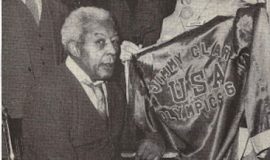 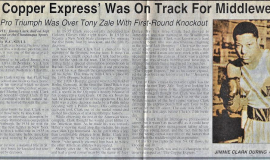 'The Copper Express' Was On Track For Middleweight Title. Post-Journal (Jamestown), September 1994. 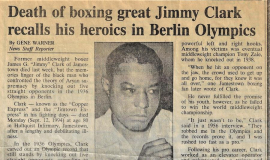