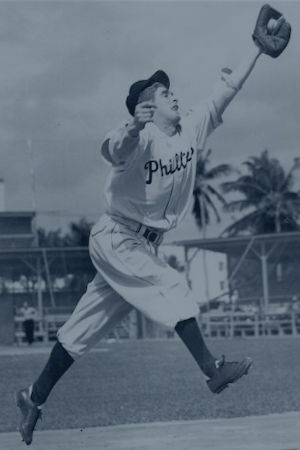 O'Neil will be 92 on April 19 and it was on that date in 1920 when he was born in Shelbiana, Ky., and eventually made a name for himself in the field of baseball.

Nicknamed "Tip" or "Scooter", O'Neil learned baseball from his father, who was a semi-pro player and a railroad worker.

O'Neil was involved in professional baseball for 45 years serving from 1939-1984 as player, player/manager, manager, general manager and scout.

He started out his career in 1939 at Tallahassee, Florida, and Greenville, Tennessee., and in 1940 joined Winston-Salem, North Carolina, and Bristol. Virginia, before coming to Jamestown of the PONY League in 1941.

He was named the Most Popular Jamestown Falcon by a vote of the fans while leading the league with 476 at-bats and was a teammate of another Chautauqua Sports Hall of Fame inductee, John Newman.

While in Jamestown, O'Neil met Jeannette Swanson, who was the daughter of Ed Swanson, the owner of Ed's Market on the corner of Second and Winsor streets. They were married and enjoyed nearly 65 years of marriage before she passed away in 2008. They had daughter, Bonnie, a 1963 Jamestown High School graduate.

O'Neil played for Buffalo, Elmira and Pittsfield in 1942 and was an all-star shortstop at Pittsfield that year with a .297 average and led the league in fielding percentage with a .947.
1941 Jamestown Falcons

After seven seasons in minors, O'Neil got his chance in the major leagues with the Philadelphia Phillies in 1946. He was signed by Herb Pennock, the Phillies' general manager, as the result of his fine season at Portland when he led them to pennant of the PCL.

That was the year after World War II and there were 100 players in spring training where O'Neil made the team.

The next three years and part of a fourth year he spent time with Hollywood Stars, who were owned by several movie stars which included Bing Crosby and Gene Autry.

O'Neil continued to play in Hollywood and the fourth year spent most of 1952 in New Orleans. His minor league career in 1953 showed stops at Hollywood, San Francisco and Oakland of the PCL where he compiled a .249 average.

In 1954, he was back with the Jamestown Falcons and overall played in 1,804 minor league games and batted in the neighborhood of .260.

O'Neil earned a degree from the University of Kentucky in 1955 and in 1956 he became the general manager of Valdosta (Georgia) Tigers.

For the next few seasons he was a general manager with Montgomery, Alabama, and was a scout for the Milwaukee Braves.

He then assumed the role of general manager of the Jamestown Falcons in 1961 and in 1963 he was among four people to manage the Falcons.

Over the next 20 years, O'Neil was a major league scout for the Milwaukee and Atlanta Braves. Also, he served in the same capacity with Los Angeles Dodgers from 1974 through 1984.

One of the players he scouted and signed was Mike Scioscia, who was a catcher for the Dodgers and is now the manager of the Anaheim Angels.

He signed the outfielder Bill Robinson, who played for the New York Yankees, the Philadelphia Phillies and the Pittsburgh Pirates.

O'Neill was honored by the Chautauqua Hall of Fame at Diethrick Park in the summer of 2011 with a white Falcons uniform top with No. 1 on his back, similar to the uniform he wore back in the 1940s. It was the 70th anniversary of Diethrick Park, then called Municipal Stadium, and O'Neil, lone survivor of the 1941 Jamestown team, was honored by throwing out the first pitch. 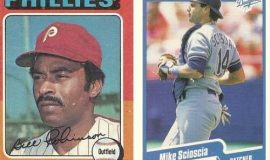 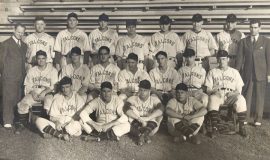 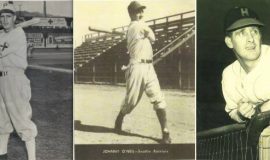 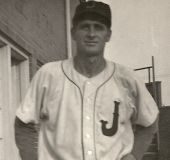 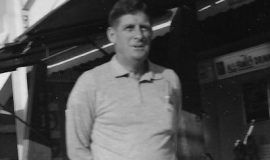 John O'Neil was general manager of the Jamestown Tigers in 1964. 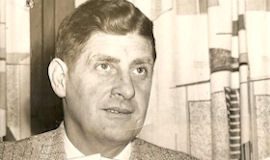 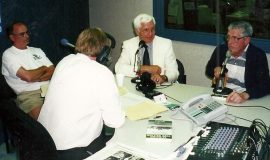 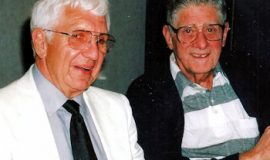 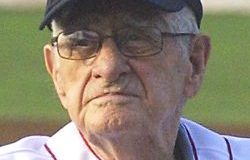 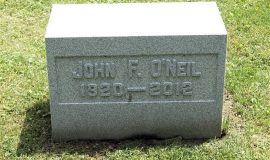 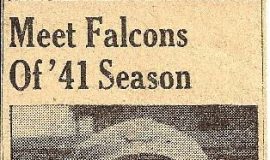 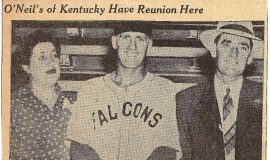 O'Neils Of Kentucky Have Reunion Here. Post-Journal (Jamestown), Circa July 1941. 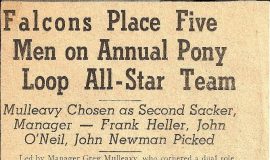 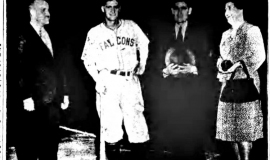 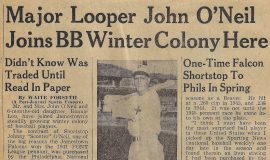 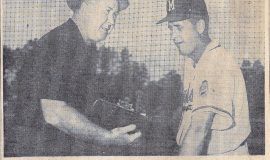