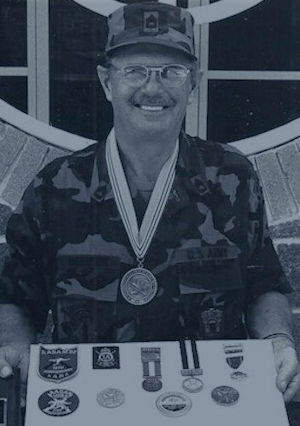 Kay Anderson made a name for himself in the sport of rifle shooting as the Niobe resident won every discipline of smallbore New York State rifle championships in sporterifle, three-position indoor and outdoor, four-position and international, both indoor and outdoor. Also, he has won in conventional, metric and international prone. Anderson is the only individual to ever win the New York State smallbore prone and high power championships in the same year, 1991. Also he has won 14 New York State titles and has established 20 national smallbore records of which some still stand today.

Shooting competition started for Anderson in 1947 when he was 15 and within two years he became a top junior marksmen with the Jamestown Rifle and Pistol Club. After high school, Anderson earned a varsity letter in shooting as a freshman at Niagara University in 1954 and the next year he was the top shooter for the Purple Eagles. He joined the United States Army Reserves in 1956 and the following season he won the two-core, reserve four-position reserve championship. During the period of 1956-1968, he competed in the Niagara Frontier Gallery League where he became the leading shooter for the Niagara Falls Rifle team.

In 1976, he joined the New York State Army National Guard and became a member of the All Guard smallbore team, which is made up of the top 20 shooters in the country. He shot on that team for 20 years. That same year, he started participating in the high power rifle competition for the National Guard and was on that squad for 20 years.

Anderson became a distinguished shooter in four disciplines: smallbore prone, smallbore prone position, high power rifle and pistol, which is an accomplishment that few have ever achieved. He has won a President's 100-2 National title match and has Chiefs 50 Badges in two disciplines of match rifle and combat rifle. The Chiefs 50 badges was awarded to the top 17 National Guard shooters in the country. Anderson made the U.S. Dewar team three times and was among the Top 20 smallbore prone ironsight shooters at the National Championships and Fire against England. He was selected to the U.S. Olympic Development team and represented the U.S. in the Montreal Pre-Olympic Games.

At the time of induction, Anderson had been a member of the Guard smallbore team for 20 years and also the New York State Guard high power team. In addition, he was a member of the All Guard International squad for three years. Anderson had won 17 Regional championships medals in both small bore and high power throughout the country. He had been on numerous National Guard and Anny championship clubs plus several national smallbore national title clubs. Anderson had fired three perfect 400 scores in smallbore four-position competition, plus won the Intermediate Senior three- position National title three times. Each summer that he has competed has meant winning a medal at the Empire State Games, including two golds.

Meanwhile, Anderson shot internationally and in representing his country won the Australian smallbore title, several individual medals in England and the Queens 100 in England, which is like winning the Presidents 100 in the U.S. Additionally he won the Territorial Army 50 in England and was a member of the winning U.S. team that won the British "Fortuna" Trophy.

He competed on the New York State high power squad that won the U.S. title for the first time in 99 years.

In 1997 he captured the Intermediate Senior three-position iron sight national crown. He also won the New York State high power title at Peekskill's Camp South with a high senior total of 756-18x. Earlier in the year Anderson represented the Jamestown Rifle Club with a winning score of 2,303 in the New York State Metric Prone championships. That was held in windy conditions at the Iroquois Rod & Gun Club in Rotterdam. 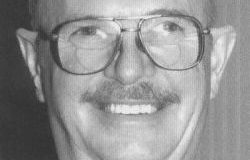