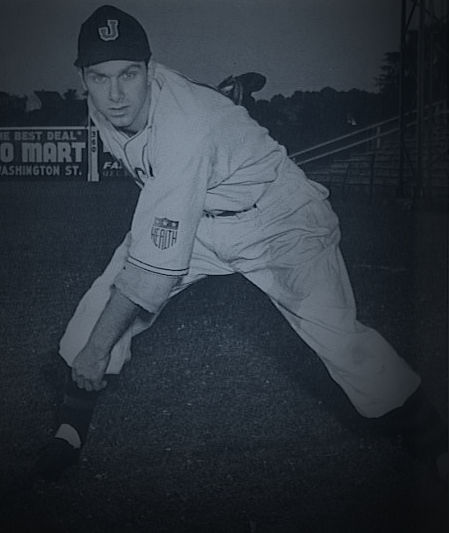 Lyle Parkhurst was born and lived in Jamestown all his life and is one of the few pitchers ever to jump from junior high school into professional baseball when he signed with the Jamestown Falcons of the PONY League in 1941. He was a member of the Jamestown championship teams of 1941 and 1942.

With Buffalo of the International League in 1943, Parkhurst compiled a 1-3 record. He then came back to Jamestown in 1944 and was 20-10. He retumed to Buffalo in 1945 and had an 11-5 record. Thereafter he pitched for Ashville, North Carolina in the Class B Tri-State League; Pueblo, Colorado of the Western League; back in the Tri-State League with Rock Hill, South Carolina; and finally with Olean in the PONY League before retiring in 1951.

Parkhurst worked two years as an umpire in the PONY League. He also umpired locally for high school, Muny and County League games. He also officiated basketball. He umpired in Babe Ruth World Series as well. 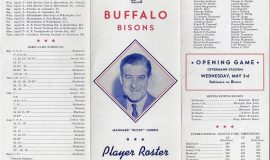 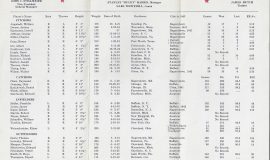 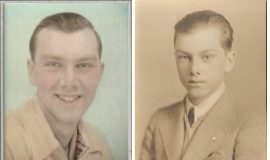 Lyle Parkhurst as a young man 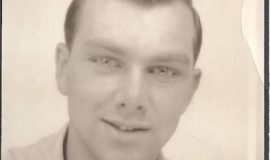 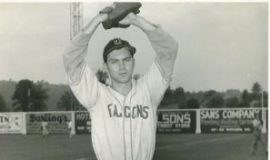 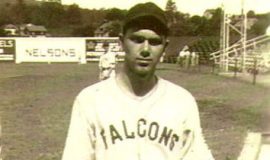 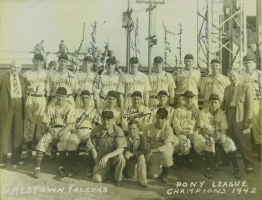 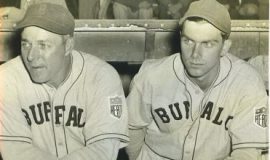 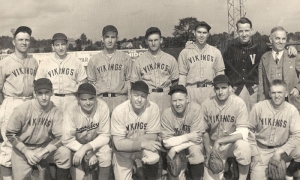 The 1943 Vikings included Lyle Parkhurst, back row, third from right. 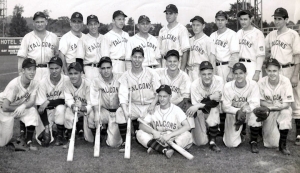 The 1944 Jamestown Falcons include Lyle Parkhurst, third from right in the back row. Nellie Fox is kneeling first row far right.

The 1945 Jamestown Falcons include Lyle Parkhurst, second from right in the back row. 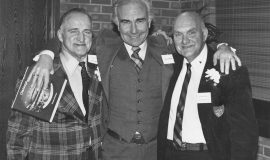 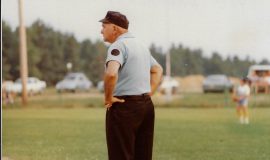 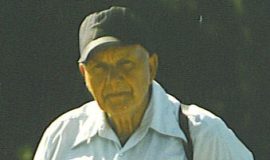 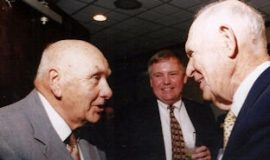 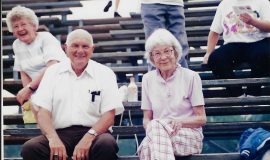 Lyle and Pat Parkhurst at the ballpark where he spent much of his career. 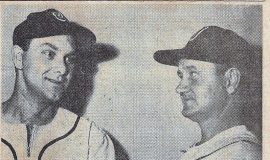 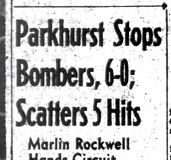 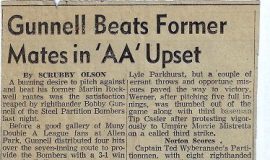 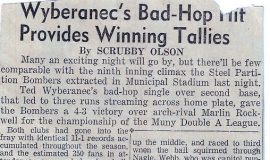 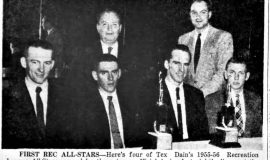 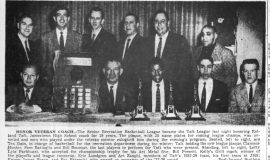 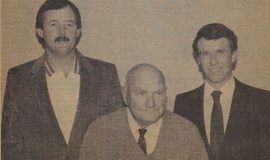 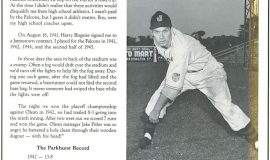 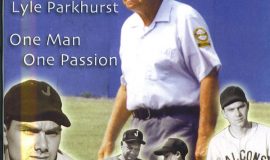 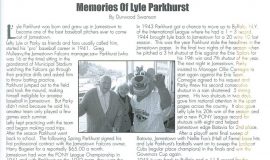 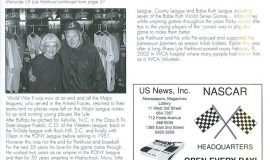 Lyle Parkhurst on starting in baseball (2000)