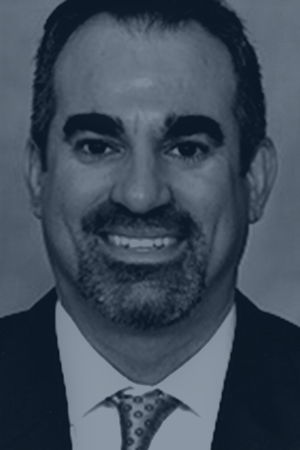 Rare is the person who can turn one’s love of sport into a professional career once his playing days are over. Fredonia’s Marc T. Tramuta, a member of the Chautauqua Sports Hall of Fame’s Class of 2022 has done just that.

Tramuta, who was born in 1970, attended Fredonia Central Schools. The 1988 graduate was a First Team All-CCIAC shortstop his senior year for the Hillbillies under Chautauqua Sports Hall of Fame Coach Pete Criscione.

Marc attended St. Bonaventure University in Olean, NY from 1988-1991. He made the Bonnies’s baseball team as a freshman walk-on. He soon earned a starting position as well as an athletic scholarship. Playing three years as a middle infielder for the NCAA Division 1 Bona squad, Tramuta batted .316 and was selected as a 2nd Team Atlantic-10 League All-star in 1991.

That summer he became the first player that played for legendary Bona coach Larry Sudbrook to hear his name called on Major League Baseball’s Draft Day. He was selected in the 45th round of the 1991 draft by the Los Angeles Dodgers.

He was assigned to the Dodgers’ affiliate in the Northwest League where he played 32 games for the Yakima Bears hitting .242 and fielding the shortstop position at an .846 percentage.

Tramuta returned to St. Bonaventure to finish his degree and to serve as an assistant to his former coach, Sudbrook, from 1994-1995.

Tramuta’s professional career in baseball began when he was hired as a Mid-Atlantic regional scout for the Baltimore Orioles from 1996 to 2003.

His next at-bat was with the Toronto Blue Jays as a North Carolina, South Carolina, Georgia regional scout from 2003 to 2007. At the close of the 2007 season, Toronto honored Tramuta with the Al Lamacchia Award for Excellence in Scouting.

The Blue Jays then promoted him to the position of National Cross Checker, one of four scouting supervisors in the organization. He remained with the Toronto front office for six years.

In 2012 the New York Mets offered Tramuta the Assistant Scouting Director position. He was honored by the Mid-Atlantic Scouts Association in 2014 as its cross checker of the year.

Marc continued to turn heads with the Mets organization and was promoted to Director of Amateur Scouting in 2016. He became responsible for eighteen area scouts, five regional cross checkers, one national cross checker and the point man for the first year player draft.

Despite his work in the rarefied air of Major League Baseball, Tramuta counts his time as an assistant coach for Frank Corsoro with the 1995 Chautauqua County team in the 16-year-old Babe Ruth World Series in Jamestown as one of his top-five baseball highlights. That squad became the first local entry to ever win a BR World Series game, in fact they won two, against national caliber competition.

Although Tramuta’s job involves considerable time on the road, he still is proud to call Fredonia his home. 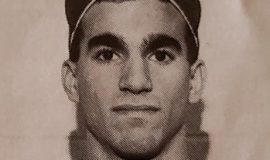 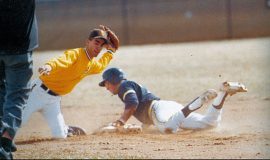 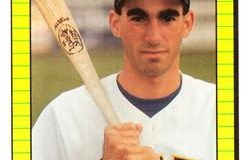 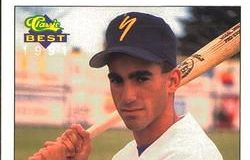 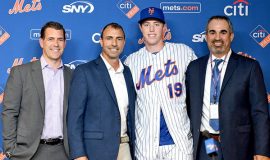 Marc Tramuta, on right, stands beside Brett Baty, the NY Mets first round pick of the 2019 MLB draft.