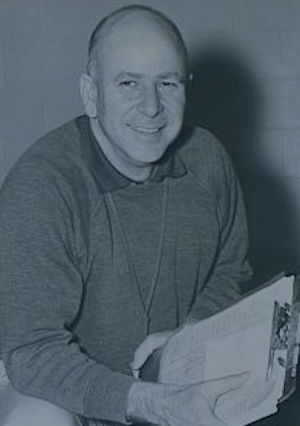 Lewellen was born in Nadiad, India, to American missionaries and came to the United States when he was eight years old. With his parents moving quite a bit, he received his elementary school education in Ootacamund, India, Philadelphia and Albany. He attended high schools in Albany, Brooklyn, Bethlehem, located in the Albany area, and eventually graduated from Houghton in 1941. While at Bethlehem, Lewellen was a member of the 1940 varsity baseball team. After graduation, Lewellen enlisted in the United States Navy and served as a Lieutenant from 1942-1946 in the Pacific Theatre of World War II.

Following the war, he graduated from Houghton College with a Bachelor of Arts degree in history in 1949. While at Houghton, he ran track. Lewellen also did some undergraduate work at Hobart College and Columbia University. While earning a Master of Arts degree in physical education at the University of Kentucky in 1951, Lewellen studied under coaching great Coach Adolph Rupp. Lewellen additionally had further graduate work at St. Bonaventure University and Azusa Pacific College in California.

It was later in 1951 that Lewellen came to then Bemus Point Central School District which later became Maple Grove, and for the next 28 years he served as athletic director and taught physical education.

During his tenure, sports offerings at the school increased from four boys sports in his first year to 10 sports for the boys and five for the girls in his last year of 1979. It was also during that period that team offerings expanded from five in 1951 to 25 in 1979, which includes formation of junior varsity and junior high teams for both boys and girls.

Of course, the sport that Lewellen was best-known for was boys basketball where over that period he won 72 percent of his games. Overall, he was 387-152 and had the achievement of having 26 winning seasons with only two losing seasons. Along the way, Lewellen directed the Red Dragons to a Chautauqua County boys record of 40 straight wins in 1969 and 1970. That streak was snapped in a Section 6 championship game by Forestville at Buffalo's Memorial Auditorium.

Lewellen's basketball teams won Section 6 titles in 1959, 1965, 1969, and 1976 in addition to having undefeated seasons of 21-0 in 1965 and 1969. The 1976 squad won its first 22 outings before losing to Niagara Falls in the Super Sectional Tournament, which then was as far as a class champion could advance without a state tournament. Lewellen saw his teams win nine regular-season Chautauqua County league titles and they never finished lower than third in any one season. His team qualified for the Section 6 Playoffs every year but two and in addition, he doubled as the junior varsity mentor from 1951-1962.

Outstanding accomplishments were also turned in the sports of baseball and cross country. In baseball, Lewellen coached 15 years in two different stints with the first being from 1952-1963 and then 1968-1970. During that span, he had a 133-34 record with five Section 6 titles. Lewellen held coaching reins in cross country from 1968-1979 and captured four Section 6 titles and two Chautauqua County titles. He also coached volleyball for 28 years from 1952-1979.

After retirement in 1979, Lewellen spent a majority of his time in Venice, Florida, while in the summer he came back to Chautauqua County. He was very actively involved in Senior softball competition for several years and played on a pair of World Series teams in 1990 and 1994 that represented Florida. Lewellen played more than 200 games yearly for several teams as a player and some as both a player and a coach. Despite having a double knee replacement in September 1996, Lewellen was back catching and pitching in January of 1997 in the Over-70 League.

The respect that his former players had for Lewellen was shown when a reunion was held with a shoot-around and a dinner honoring their former mentor. A total of 21 states and Ontario were represented with some coming from as far as California, Montana, Georgia and Florida. Lewellen has seen former players such as Coach Wally Carlson, who replace Lewellen at Maple Grove, and Mark Sleggs at Southwestern, become head coaches. 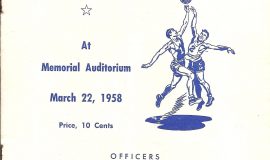 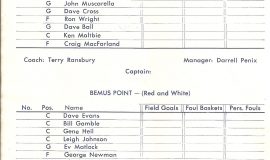 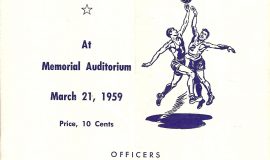 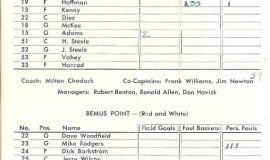 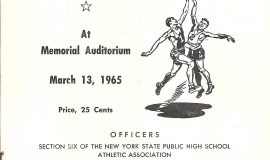 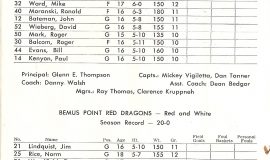 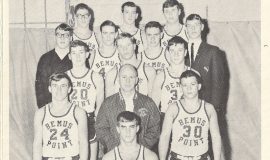 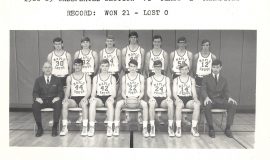 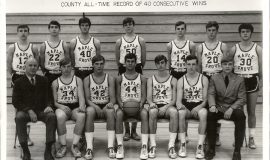 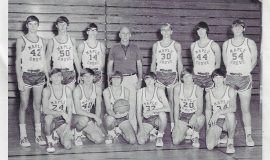 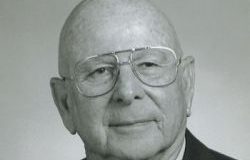 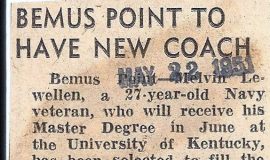