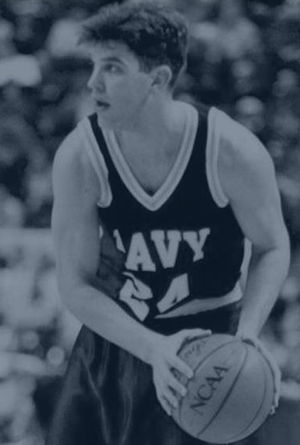 As a teenager, Fredonia native Michael Heary was given a piece of paper with a quotation written on it by his youngest sister, Michele. It read: "When you do it better, you get to be the leader." Let's just say, even years later, there have been few basketball players in Chautauqua County history who have done it better than Heary did during his high school and college days.

From Fredonia to Annapolis, Maryland, from Fredonia High School to the U.S. Naval Academy, Heary placed an indelible mark on the teams he led and the schools that had their names emblazoned across the front of his jerseys.

Heary's road to the Chautauqua Sports Hall of Fame began as a youngster when he learned the game from his late father, Tom, who had played at Canisius College. At school, in the driveway at home or even in mother Rita's kitchen, Heary always seemed to have a basketball in his hands.

A three-time Post-Journal Player of the Year - he shared the honor with Jamestown's Justin Johnson in 1994 - Heary posted numbers that will be benchmarks for years. His scoring averages for his four full seasons on the varsity were 12.1, 19.3, 27.2 and 32.5 points per game.

Heary's successes at Fredonia High School drew the interest of U.S. Naval Academy coach Don DeVoe and in November 1993 - a month before the start of his senior basketball season - the 6-foot-5 guard/forward signed an early letter of intent to attend the Academy.

Playing in a midweek game at Buffalo Traditional in early December, Heary scored a Chautauqua County-record 62 points in the Hillbillies' 110-106 overtime loss. All told, he connected on 21-of-35 shots from the field and 15-of-19 free throws. The performance - against an opponent with three players who later played Division I basketball in college - is one the greatest individual efforts in Section 6 history.

"You say how can one ballplayer beat you?" Traditional coach Joe Cardinal told The Post-Journal. "I've never seen anyone do that. I've seen kids get 70 points, but never quality points. We had people hanging on him all night."

It was merely a sign of things to come.

In that memorable senior year, he didn't score fewer than 23 points in any game all season, was named the WNY Player of the Year and was a first-team New York State Public High School Athletic Association Class B selection.

Upon his arrival at Annapolis, Heary wasted little time in leaving his mark on the Navy basketball program. In fact, he still holds the freshman records for points in a season (362), highlighted by a 31-point explosion in a victory over Army in January 1995, and free throw percentage (.875, 105 of 120).
Michael Heary

But there was much more to come. In fact, Heary's name appears dozens of times in the Midshipmen's record book. Among the highlights:

Upon his graduation from the Naval Academy in 1998 with a bachelor's degree in economics, Heary began his career as an officer and was living at the Jacksonville, Florida, Naval Base when the terrorists flew planes into the World Trade Center and the Pentagon on September 11, 2001. By February 2002, he began a six-month deployment aboard the USS John F. Kennedy in Operation Enduring Freedom, serving as the assistant weapons officer on the ship.

Upon leaving the Navy, Heary earned his master's degree in finance at Loyola (Maryland) College in 2007 and has worked the last 3 years for CDS Logistics as a sales manager. He and his wife Sarah and daughter live in Annapolis. Heary also serves as a radio analyst for Navy home basketball games. 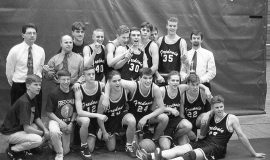 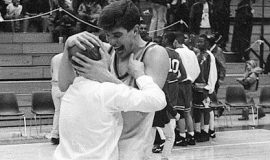 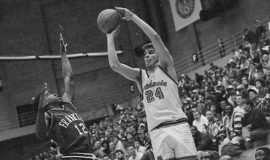 Michael Heary attempts a jump shot over a Franklin player. 1994. 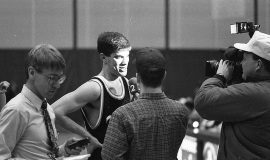 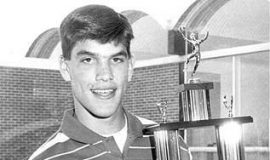 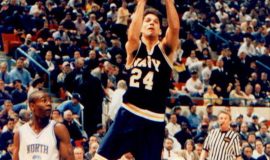 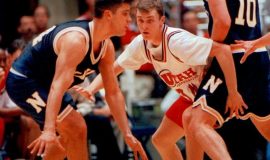 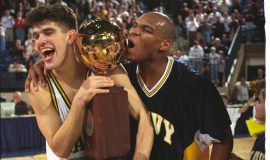 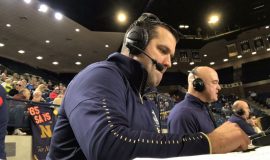