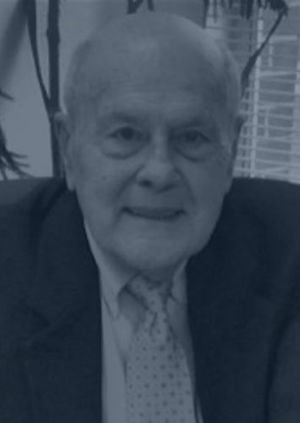 Dr. Patrick Richard Damore of Fredonia has been involved in State University of New York Athletic Conference (SUNYAC) and Fredonia State athletics for many years.Damore has served as the first-and-only commissioner of the SUNYAC since 1979 and has been full-time since 1985.

He has also served as president of NCAA Division II and III College Division Commissioners Association plus Intercollegiate Soccer Association of America.

Damore was born in Oswego, N.Y, and graduated from Oswego High School in 1948.

He lettered in baseball, basketball, football and boxing in high school before heading off for Brockport State where he lettered in football (1950-1951).

Damore was athletic director at Hammond Central School in the Adirondacks where he was basketball, soccer and baseball coach.

Holding degrees from Brockport State and St. Lawrence University, Damore came to Fredonia State in 1956 as an assistant professor.

He served as the Fredonia State athletic director for 18 years starting in 1968 as well as coaching soccer, tennis and basketball.

Damore, who earned his PhD from Oklahoma in 1971, began the first soccer team at Fredonia State in 1959 and originated the national collegiate soccer rating system in 1968 and served as the first national chairperson.

He coached 12 years of tennis, nine years of soccer and four years of basketball at Fredonia State.

Following his retirement as a captain in the United States Naval Reserve, he received a naval commendation medal. He served on active naval duty during the Korean conflict. 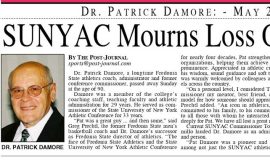 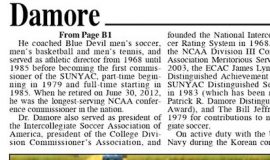 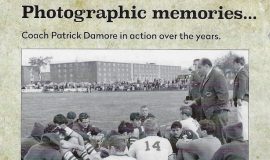 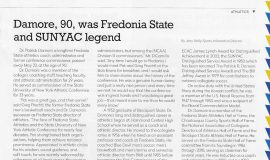