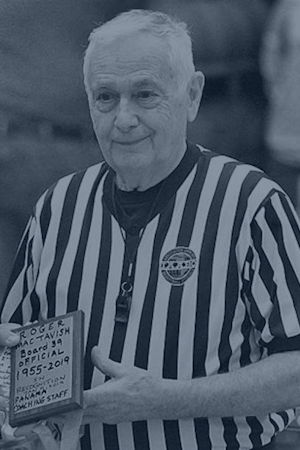 Roger MacTavish
b. 1934
Category
Official
Year Inducted
2011
Roger MacTavish has had a long and distinguished career in the world of basketball officiating on the high school and collegiate levels.

MacTavish was born in 1934, in Johnsonburg, Pa. He moved to Chautauqua County and has spent 65 years here. He went to Southwestern Central School where he earned varsity letters in baseball, basketball and volleyball. MacTavish graduated in 1953 and the day after graduation he signed a professional baseball contract with then Brooklyn Dodgers. He was assigned to Hornell Dodgers of the PONY League (now the NY-P League) as a catcher. He played for Hornell in 1953 and Olean the next two seasons.

MacTavish helped organize and conducted the first regional basketball clinic in Western New York. To help upgrade the Board 39 annual banquet, he brought in high-profile speakers such as Williams, Fox and Tony Senipole. Those men were involved in leadership positions of IAABO. MacTavish helped start action with county athletic directors to change the system of assigning officials for games and that system is still used today. He was appointed rules interpreter for Board 39 in 1976 and still holds that position. He has taught the new candidates classes since 1976.

He joined the College Basketball Officials Association in 1967 and has officiated college basketball for more than 30 years and in 1990 was appointed by Hank Nichols to prepare the national NCAA Rules Examination. Ed Booth in 1993 became the National Rules Interpreter and asked Roger to be an advisor and researcher of the rules.

In 2000, the Executive Committee of IAABO made him a lifetime member and the 2004-2005 IAABO Handbook was dedicated in his name. 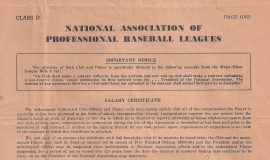 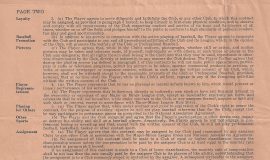 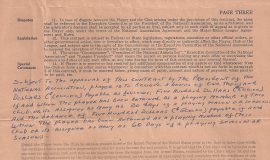 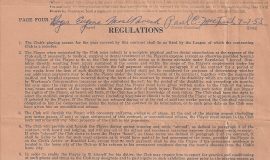 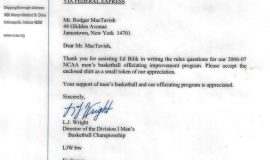 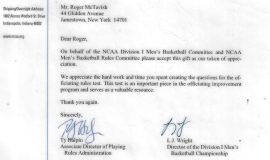 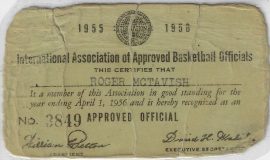 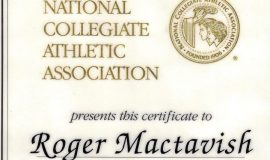 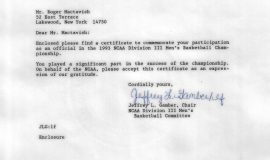 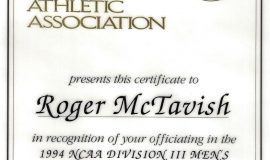 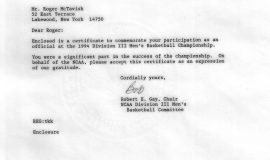 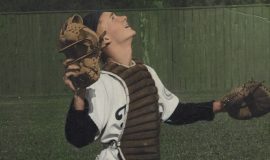 Roger MacTavish as a catcher on the 1953 Hornell Dodgers of the PONY League. 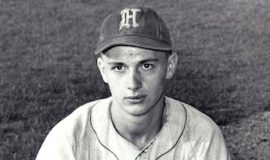 Roger MacTavish as a 19-year-old catcher for the Hornell Dodgers of the PONY League, 1953. 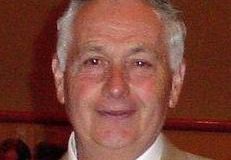 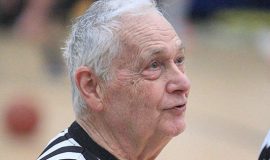 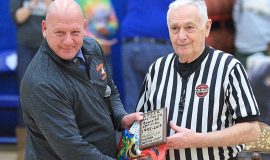 Loren Smith, a modified boys and girls basketball coach at Panama, presents MacTavish with a plaque, 2019. 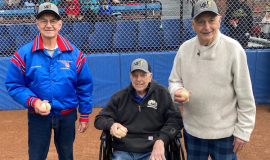 In pregame ceremonies before their 2022 season opener against Olean, the Jamestown Tarp Skunks honored three Chautauqua County residents — Art Asquith (left) of Cassadaga, New York, Roger MacTavish (right) of Jamestown and John Venable (center) of Gerry, New York — who are veterans of the Jamestown-Olean PONY League battles in the 1950s. Asquith, 93, was a pitcher/outfielder for Olean in 1953. A retired teacher and coach, Asquith worked in the Cassadaga Valley Central School District for 50 years; MacTavish, 88, was a catcher for Olean in 1954 and 1955. A retired basketball referee, he officiated games for 65 years; and Venable was a pitcher for the Jamestown Falcons in 1955. An Arkansas native, he married a Jamestown girl and made this area his home. He is a retired contractor. 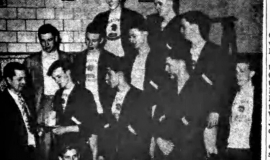 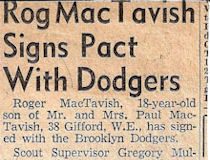 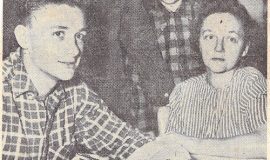 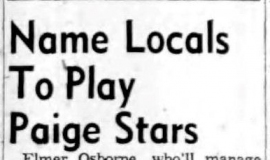 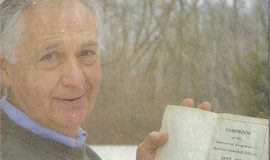