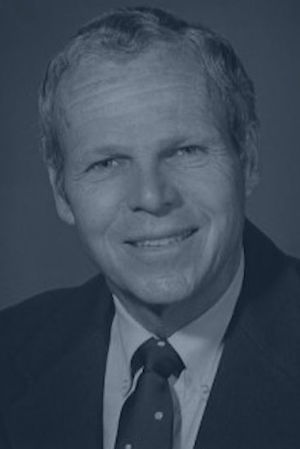 Among the undefeated football teams at Jamestown High School was one coached by 1996 Chautauqua Sports Hall of Fame inductee Terry Ransbury.

Ransbury guided the 1964 Red Raiders to a perfect 8-0 record and that accomplishment along with several others enabled him to become a Hall of Famer in the 15th year of the selections.

The 1964 above mentioned squad was the first Jamestown team since 1949 to go undefeated and had such standouts as the late Dan Luciano, Jim (Jumbo) Stockwell, John Bloomquist, whose son Jeff Bloomquist was a standout for Coach Wally Huckno's highly successful clubs (1989-1991), Jonas Johnson and Phil Trass.

Ransbury was born in Dunkirk in 1928 and went to high school at Silver Creek where he was an outstanding letterman in baseball, basketball, football, and track.

Then, Ransbury went to Brockport State and made a name for himself as a letterman in basketball, track and football. He graduated from there in 1951. Ransbury earned his Master's Degree at Indiana University and served his country in the 82nd Airborne Division before returning to teach and coach at his alma mater Silver Creek.His first football season was a winless campaign but over the next four years the Black Knights were a superb 29-3 and were unblemished in 1960 with an 8-0 ledger.

In addition to coaching football, Ransbury guided the Black Knights to 34 straight basketball victories, which was one of the top marks ever in Chautauqua County. His most famous athlete was previously inducted Chautauqua Sports Hall of Famer George Carter, who continued an outstanding career at St. Bonaventure University and then the American Basketball Association.

Additionally, he directed the Silver Creek track team to titles. Then, he moved on to Monmouth (New Jersey) High School for a year before coming to Jamestown in 1962.

His first year at the Red Raiders' helm was just like at Silver Creek as his club went winless at 0-7-1. His young team improved to 2-6 in 1963 followed by the fabulous 8-0 outfit which yielded just 27 points and his swan song in 1965 it was a 5-3 mark. Overall, Ransbury was 15-16-1 and the fall he left the Red Raiders were 7-0-1 under Tony Nunes, thus, Ransbury left a lot of talent for the new coach.

Ransbury also was an outstanding track mentor, directing the Red Raiders to undefeated campaigns and they were the Section 6 Class A champions in 1964.

After leaving Jamestown, the next stop for Ransbury was Clarence and it certainly was sensational as the football program was named Western New York "Coach of the Year" in 1968.

Ransbury joined the University of Buffalo staff as a running backs coach in 1969 and when UB dropped football after the 1970 he stayed on as an assistant basketball skipper.

In 1973, Ransbury returned to Clarence and led the Blue Devils through 1978 with his two stints producing a fine 51-17 mark, counting games as a head coach or assistant at all levels, his football record was a brilliant 119-43-1.

Ransbury retired from teaching in 1983 and was back as a UB receiver coach under Bill Dando in 1986. He later became a film grader and a scout for the Buffalo Bills as his offensive philosophy and tactical skills were widely recognized.

In 1988, he was the recipient of the Dick Offenhamer Award at the University of Buffalo Civic Center. Offenhamer was an outstanding coach at UB and Ransbury received the recognition for his work throughout the years in WNY circles. In 1994 he was inducted into the SUNY Brockport Athletic Hall Of Fame. 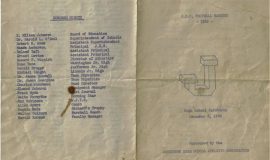 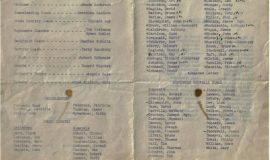 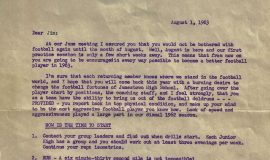 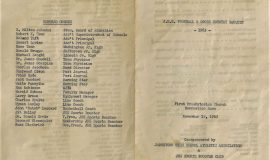 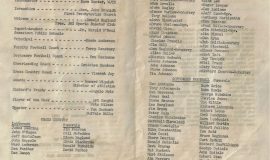 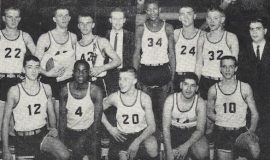 The 1961 Class B Section 6 Champion Silver Creek team. Coach Terry Ransbury and George Carter (#34) are next to each other in middle of back row. 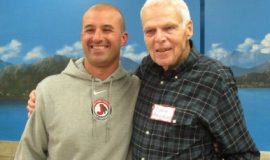 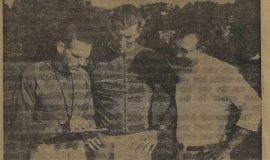