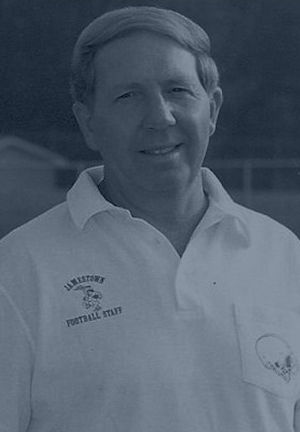 Wally Huckno was born in Detroit, Michigan, on ]uly 26, 1940. He attended Union City (Pennsylvania) joint High School from 1955 to 1958 where he lettered in football and basketball during the 1957 and 1958 seasons. He also played Babe Ruth Baseball and American Legion Baseball during the 1950s.

After graduation, Huckno moved on to Edinboro University, graduating in 1962. In August of that year, Huckno's 38-year relationship with the Jamestown area began when he was hired as an English teacher at Lincoln Junior High School.

The next year, Huckno began his coaching career and remained Lincoln's junior high football coach until 1976. His abilities earned him a position as an assistant varsity coach at Jamestown High School in 1976, a post he held until 1983.

That same year, the Red Raiders' varsity head coach Joe Sanfilippo decided to step down and Huckno was appointed to the position, beginning a legendary career that started off strong as Jamestown claimed the Division 1 title, which included the first of 11 appearances in the Section 6 championship game at Rich Stadium and later Ralph C. Wilson Stadium in Orchard Park. The Red Raiders also earned trips in 1984, 1986, 1989, 1990, 1991, 1993, 1994, 1995, 1998, and 2000.

Huckno's teams also took the Division 1 crown in 1984, 1986, 1990, 1991, 1994, 1995 and 2000, but four of these seasons were extremely special, both for Huckno and the community. Changes in the football playoff system statewide provided the first state championship format by 1993 and Huckno's Red Raiders battled their way to the inaugural Class A title game at the Carrier Dome in Syracuse, when they lost to top-ranked North Rockland.

Unphased by the loss, Huckno's 1994 squad produced an undefeated season and earned a return trip to Syracuse where the Red Raiders gained a measure of revenge and their first state championship by topping North Rockland to take the Class A crown. In 1995, Jamestown's dominance continued as they repeated as state champions by beating Shehendehowa for the title.

Jamestown continued its football excellence under Huckno for the next few years, but failed to advance beyond the Section 6 title game until the 2000 season when a combination of offensive power, led by the record setting-running of Aaron Leeper and a stingy defense, the Red Raiders collected their third state championship, this time in Class AA, as they defeated New Rochelle for the crown.

Huckno retired in as the winningest coach in Jamestown football history with a record of 159-47-1. As a result, he has collected numerous awards and honors through the years:

Huckno's non-sports related honors have included the DeWitt Clinton Masonic Award in 1995, the Special Friend Award by the Special Olympians of Chautauqua County in 1999 and he was named as a Paul Harris Fellow by the Rotary Foundation of Rotary International in 1994-95. He also earned a teacher recognition award from Lincoln Junior High School's Student Council in 1983.

Huckno taught English for 32 years at both Lincoln and Persell schools and then was Jamestown High School's athletic director until his retirement in 2003. He has also been involved in officiating basketball for Board 39 for thirty years. 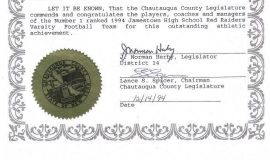 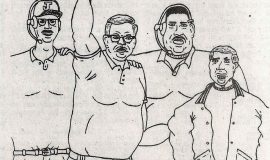 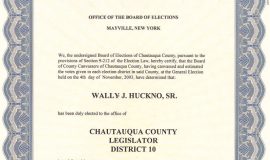 Board of Elections certification of Wally Huckno's election to the Chautauqua County Legislature, December 1, 2003. 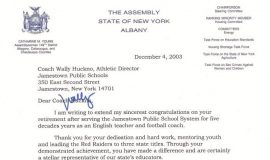 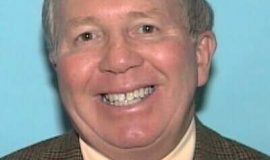 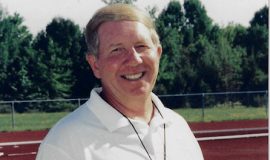 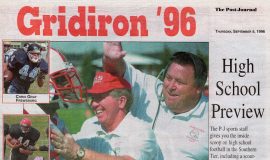 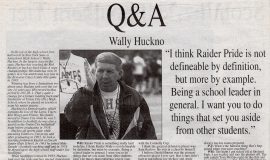 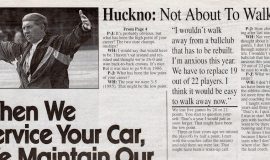 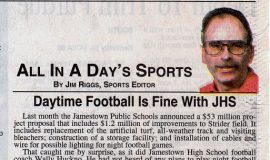 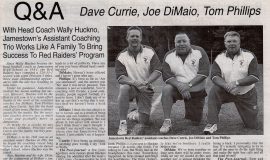 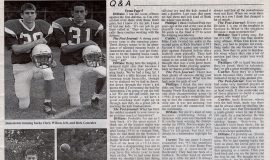 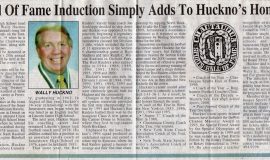 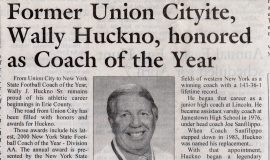 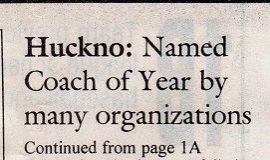 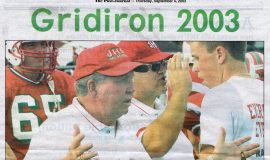 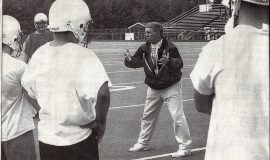 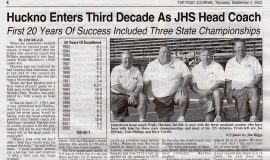 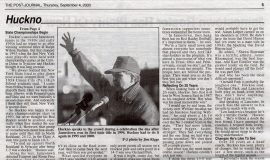 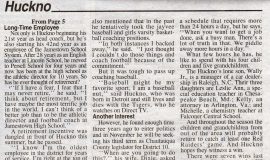 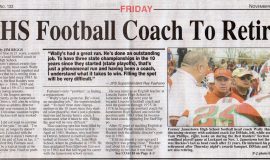 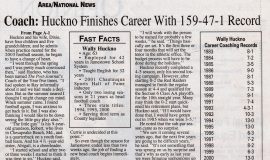 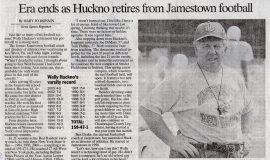