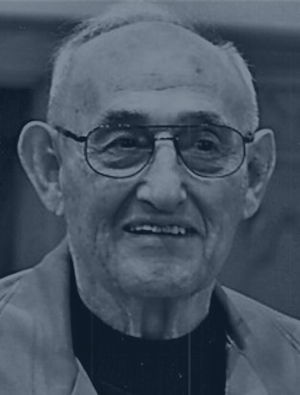 Westfield's Vincent Calarco celebrated his 90th birthday May 18, 2013. His subsequent induction into the Chautauqua Sports Hall of Fame was a belated, but well-deserved present that honors his many accomplishments.

Calarco grew up loving sports and spent much of his youth at the YMCA. He attended Westfield Academy and played junior varsity sports in the eighth grade. In high school he excelled in four varsity sports - football, basketball, baseball and track. In fact, he was so good, he earned 15 out of 16 total letters, the most any student could receive, and picked up a large collection of all-conference awards and medals in tournaments along the way.

He and his brother were drafted into the Army in 1943 and Vincent was a member of the 78th battalion and the 550th infantry during World War II, serving under General George S. Patton, spending much of his time in combat throughout the European Theater. While in England waiting to come home, Calarco was in charge of intramural sports.

His family operated Calarco's Restaurant in Westfield, where he began working at the age of 13 and once home, he returned and he and his wife and children continue to serve great Italian dishes.

When he got back, he formed the Calarco Trojans semi-pro basketball team, which began playing area teams in the Merchant League and eventually the Chautauqua County Basketball Association for more than seven years. He also formed baseball and football teams, which continued for 24 years and played football with the Jamestown team in 1948-49.

At that point, Calarco took on a whole new role as a basketball referee and for the next 50 years, traveled throughout the area officiating hundreds of games.

Calarco was the civil defense director in Westfield for 38 years and was a member of the Westfield Planning Board, the Knights of Columbus, Kiwanis, the Westfield Business Association and was part of the Legion Marching Squad.

In a note attached to his biographical information, Calarco noted the following: "This is what sports do. They bring great people together and that's what the world needs more of today." 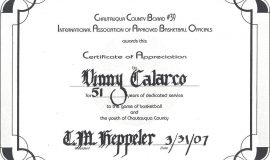 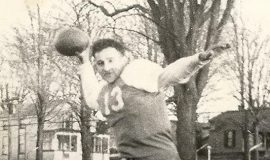 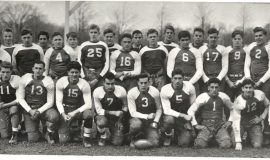 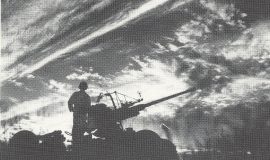 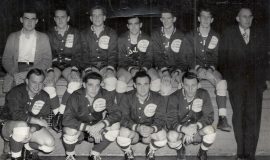 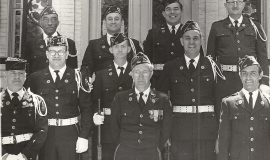 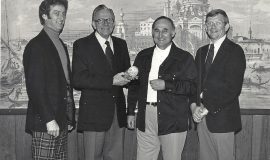 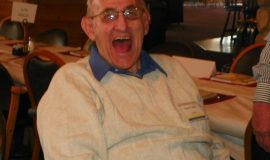 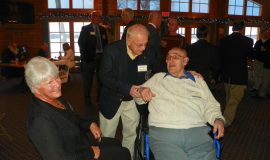 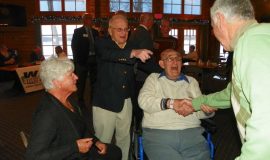 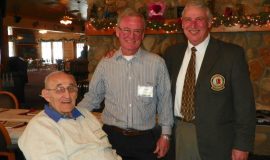 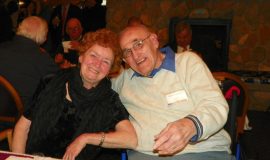 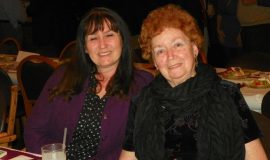 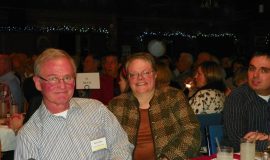 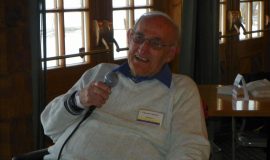 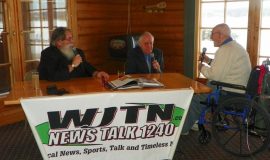 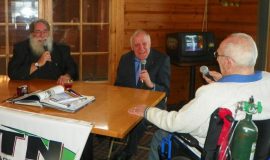 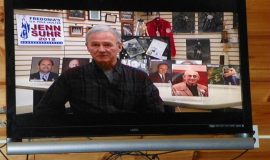 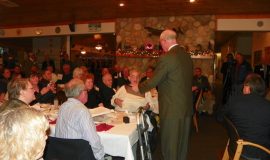 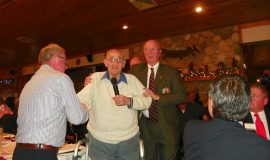 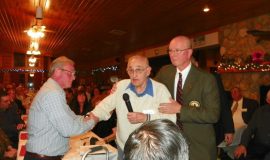 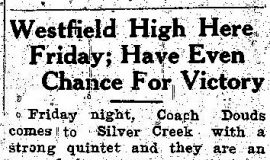 Westfield High Here Friday; Have Even Chance For Victory. January 16, 1941. 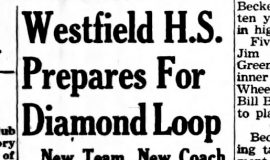 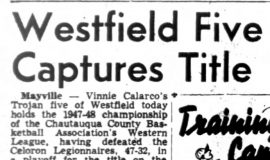 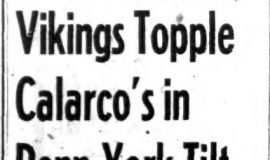 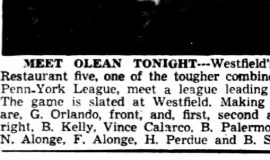 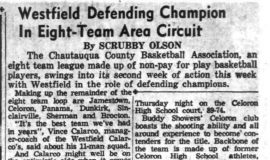 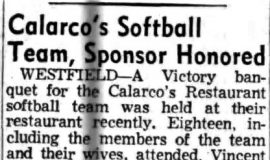 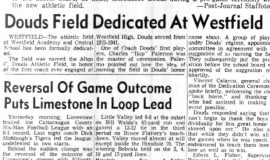 Vincent Calarco is introduced at the CSHOF induction banquet by Steve Calarco.

Vincent Calarco accepts induction into the CSHOF on February 17, 2014.