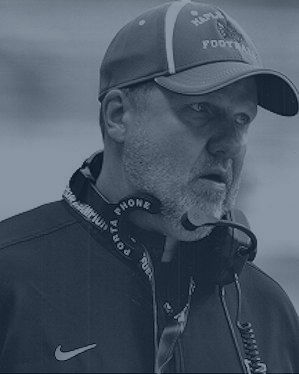 The text message appeared on my iPhone just before 3 p.m. on Wednesday as I sat in my car in the parking lot adjacent to Strider Field on the campus of Jefferson Middle School in Jamestown.

After all, Fischer, his staff and the players from the Dutch Hollow Road comprise the lone area team still alive in the New York State Public High School Athletic Association playoffs. Because of their extended season, Strider Field, the artificially-surfaced home of the Jamestown Red Raiders, was the practice location earlier this week for the second-ranked Red Dragons (10-1) as they prepared to take on No. 3 Tioga (9-1) at 4 p.m. today in the Class D semifinal at Union-Endicott High School.

The winner advances to the state championship game next week at the Carrier Dome in Syracuse.

"We're playing a really good team," Fischer said upon arriving at Strider Field. "...They're very strong and they just want to punch you in the mouth the whole game. It's going to be a tough one, for sure."

Tioga is likely to have its hands full, too.

But it's not only Maple Grove's players the Tigers will have to deal with. Fischer and his coaching staff, particularly defensive coordinator Dan Greco, make for a formidable opponent as well.

In last week's victory over Clyde-Savannah in the Far West Regional at SUNY Brockport, the Red Dragons were dominant on both sides of the ball, serving notice that they are very much in the hunt for a return to the state title game for the second straight year.

Fischer grew up in Falconer where he and his buddies played pickup games at the Northside Elementary School, the high school and even in the village cemetery.

"When I was a kid, that's what I lived for," Fischer said.

And when he wasn't playing the game, he was watching it. It was college football on Saturday and the NFL on Sunday, including the pregame highlight shows.

"I'd watch that and I'd be glued (to the television)," Fischer said.

What he saw, though, was different than your average fan. Instead of simply watching the game, he was observing blocking schemes, seeing defensive tendencies and then implementing them during the pickup games with his friends.

"That's how it all started," Fischer said.

From an offensive lineman in the midget football league, he graduated to quarterback as a seventh-grader, a position he played throughout his tenure at Falconer Central School, including his years on the varsity under coaching legend Bill Race.

Three years after his graduation from FCS, Fischer coached with Mark Petersen on Falconer's junior high team, which was the launching point for a remarkable career. After spending years in various capacities at his alma mater, Fischer took the head coaching job at Maple Grove for the 1992 season.

Entering today's game, Fischer sports a 220-44 record (editor's note: his record after the 2017 season is 221-45) with the Red Dragons, good for fourth on the Section VI career coaching wins list. Along the way, he has won nine sectional titles (two were as the merged Maple Grove/Chautauqua Lake team in 2014 and 2015) and two state championships (in 1998 and 2008), and he sports two unbeaten and untied 13-0 seasons. Since arriving on the Dutch Hollow Road, Fischer has had just one losing season – 4-5 – in 2003.

But there's more to Fischer's coaching resume than what has transpired on the gridiron. In fact, he's been the Red Dragons' varsity basketball coach since 2004, highlighted by NYSPHSAA championships in 2008 and 2010; and has also coached softball and baseball, winning a state title in the latter while serving as the interim varsity head coach in 1992.

In other words, the kid who was born in Warren, Pa. in 1963 and who moved to Chautauqua County as an infant has the distinction of coaching three different sports programs at Maple Grove to state titles.

Upon further review, that's two in football, two in basketball and one in baseball.

That's Hall-of-Fame worthy, for sure. 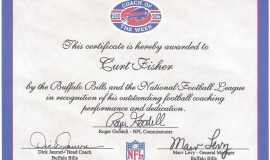 Coach of the Week certificate from Buffalo Bills, 2006. 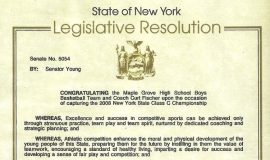 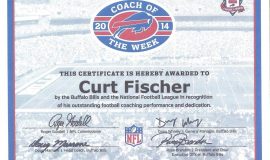 Coach of the Week certificate from Buffalo Bills, 2014. 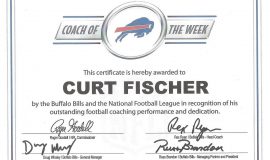 Coach of the Week certificate from Buffalo Bills, 2016. 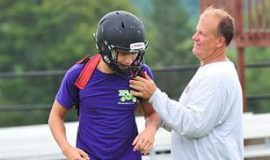 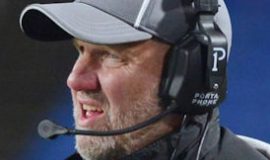 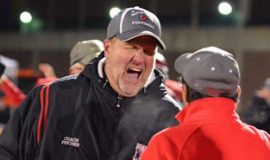 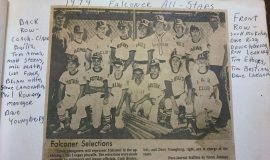 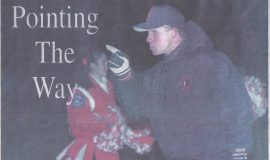 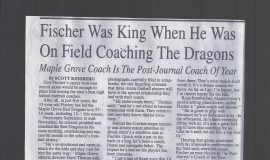 Fischer Was King When He Was On Field Coaching The Dragons. Post-Journal (Jamestown), 1996. 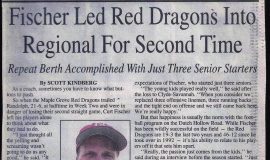 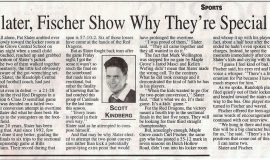 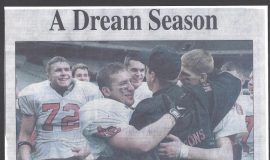 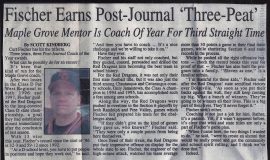 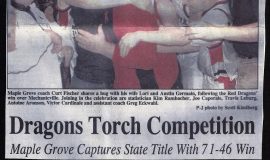 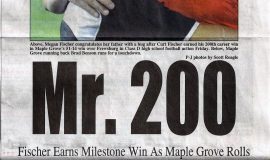 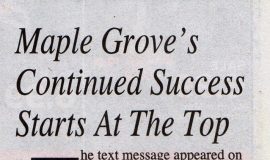 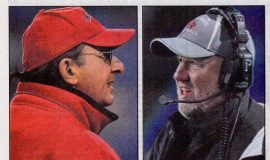 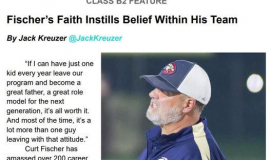 All In A Week's Sports: Curt Fischer's 200th Win

All In A Week's Sports: Curt Fischer Part 2