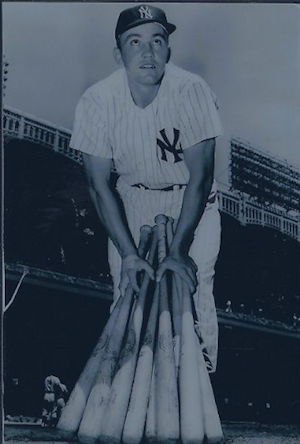 Irv Noren was born in Jamestown in 1924 and his family operated a bakery on Newland Avenue. When Noren was 11 he moved to California and that is where he broke into professional baseball.

In 1946 with Santa Barbara of the California League, Noren batted .363 with a league-leading 518 at bats, 188 hits, 129 RBI and 27 assists. He advanced to Fort Worth of the Texas League and played outfield and first base while batting .271. The following season he was named the league's Most Valuable Player after batting .323 with 10 home runs and 71 RBI.

The next step was a season with Hollywood in the Pacific Coast League for the year 1949 where he batted .330 with 29 home runs and 130 RBI. He also led the league in outfield putouts and assists and was named the PCL's MVP.

Noren also played in the National Basketball League, a predecessor of the NBA, in 1946-7 for the Chicago American Gears.

He played outfield in the Major Leagues from 1950-1960 starting with the Washington Senators. He also played for the St. Louis Cardinals, New York Yankees, Kansas City Athletics, Chicago Cubs, and Los Angeles Dodgers. He appeared in three World Series (1952, 1953, and 1955) while a Yankee and was on the American League All-Star team in 1954 with fellow CSHOF inductee Nellie Fox. He batted .300 in the 1952 World Series. 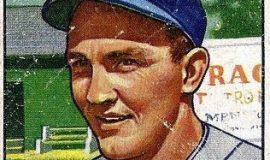 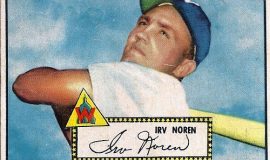 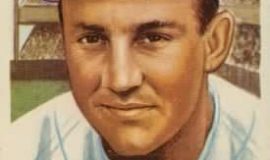 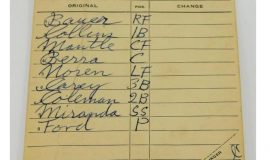 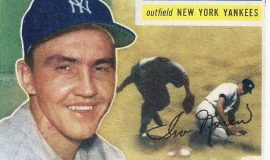 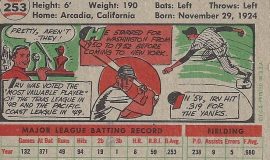 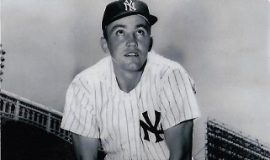 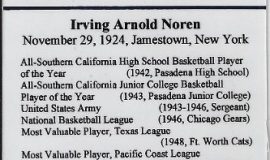 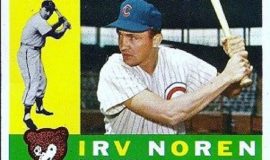 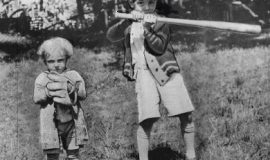 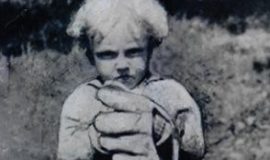 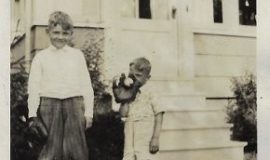 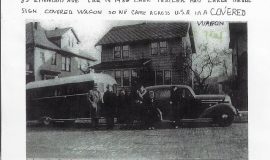 The Norens traveled to California in 1936. 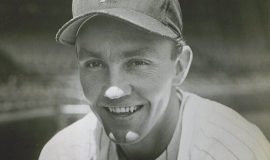 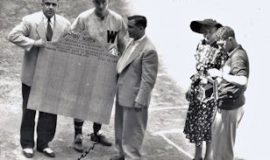 Irv Noren was honored in Cleveland during a 1951 game by fans from the Jamestown, NY area. 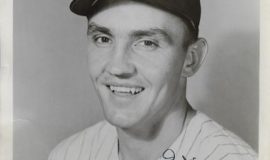 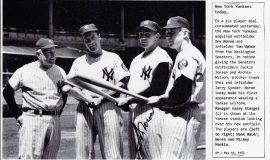 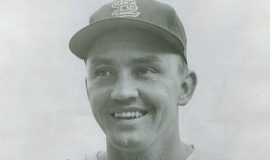 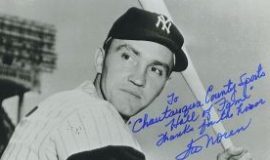 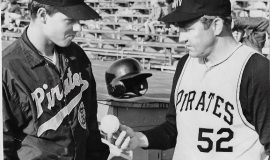 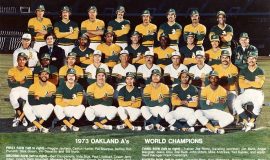 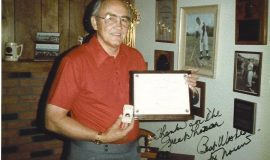 Irv Noren with his CSHOF induction certificate and ring, 1985. 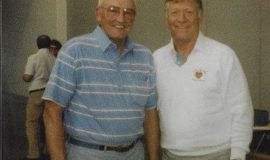 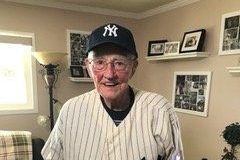 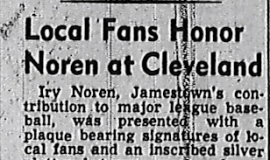 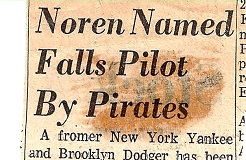 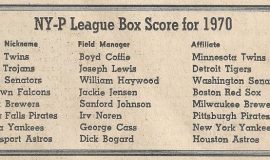 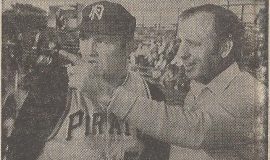 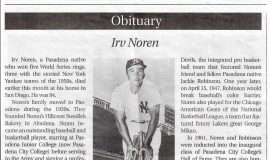 The Padres' broadcasters interview former Major Leaguer Irv Noren, who threw out the first pitch prior to the game (2014)