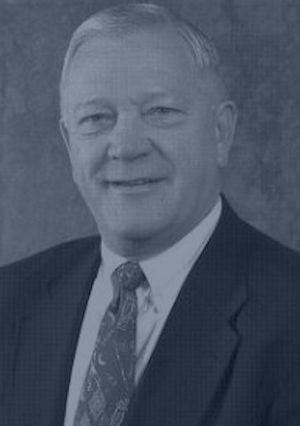 Jack Fulford was involved in many area sports as a player and as an official in a distinguished career. Fulford was born on February 12, 1937, in White County, Indiana, and moved to Jamestown in 1946 where he lived and raised his family.

At Lincoln Junior High School he played football, baseball, basketball and volleyball. Fulford played linebacker and center for Lincoln and was in the championship football game of the Chadakoin Valley Junior High Conference and scored the winning touchdown on a fumble recovery.

In baseball, Fulford won the Lake Shore League batting title with a .542 average in 1955 and was on the varsity for three years. Fulford was also a member of the Red Raiders' basketball team under Coach Rolland Taft in 1954-1955 that was the Section 6 Bi-County champion. After graduation in 1955, Fulford was signed to a professional baseball contract by the St, Louis Cardinals in 1956. Fulford, an infielder was signed by another Chautauqua Sports Hall of Fame inductee, John Newman, to a Class B contract with Peoria, Illinois, of the Three I League. Fulford went to spring training that year in Albany, Georgia, but was released by the St. Louis Cardinals after five weeks.

Fulford became involved with the Jamestown Recreation Department, at age 12 when he took part in Muny Baseball Class D and moved up the ladder until reaching Class AA. He played in the Muny A League from 1953-1961 with MRC, United Lumber and Jamestown Merchants while managing the Merchants and Carborundum.

He was on various baseball teams, including the Warren, Pennsylvania, Beverage squad that won the state tourney in 1959. Also, he was a member of the Ferraro Ford squad that was state champion from 1960-1962. Fulford was also on numerous softball teams that won titles, such as MRC Jamestown for whom he played from 1960-1975. MRC was champion three of those years while he was on the Epsworth squad that won four Church League titles from 1960-1975. He played first base and infield for MRC and shortstop and catcher for Epworth.

In golf, Fulford won the 1966 Western New York Amateur title at Maplehurst Country Club. Fulford was a member of the South Hills Country Club and president of the Board of Directors for the last eight years before his induction. Fulford helped win a Member-Guest Tournament in 1983 at South Hills while he was a handicap chairman in 1984. He also was a guest on the winning Moon Brook Country Club Member-Guest Tournament team in 1979. At Maplehurst Country Club, he had the course record of 62, 8 under par, until it was broken in 1983. He served on various committees such as golf and handicap chairmen and president of the board of Governors. He won the club championship in 1965 and combined to win the Member-Guest in 1976 as a guest. Fulford took part in the annual Italian-American Charity Tournament for many years and was winner in the 1982 First Flight and third overall. His team placed for five years.

Officiating was in the blood of Fulford on several levels since 1956. He was an umpire from 1956-1962 in the Chautauqua County Baseball Umpires Association and worked softball in the Jamestown Umpires Association from 1956-1975. Since 1959, Fulford held various functions in the International Association of Approved Basketball Officials Board 39. He had been a secretary for six years, vice-president for a year and seven years president of the boys and girls officials from 1989-1995. He officiated in numerous Section 6 Playoffs and championship games. Also, he was a member of the Collegiate Basketball Officials Association from 1978-1982 with two years associate (junior varsity) and three years varsity.

Football officiating is another place where Fulford gained a great deal of recognition having been a member of the Southwestern Chapter of the New York State Certified Officials Association since 1960. He was consistently ranked among the Top 10 officials and served as president in 1982 and vice-president in 1981. At Rich Stadium, he worked Section 6 Playoffs for many years and in 1997 was recognized at halftime for his accomplishments over the years. 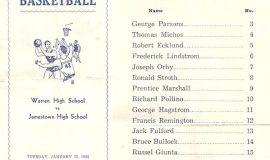 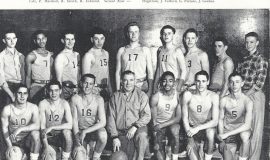 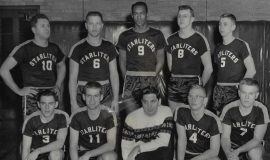 1957-58 Starliters basketball team. Jack Fulford is second from left in back row. Russ Diethrick is in middle of front row. 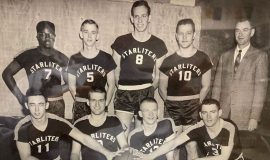 1958-59 Starliters basketball team. Jack Fulford is in back row, second from right between coach Ted Wyberanec and Tom Prechtl. 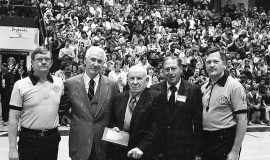 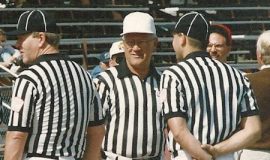 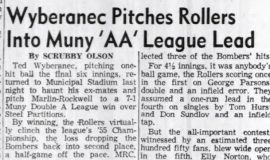 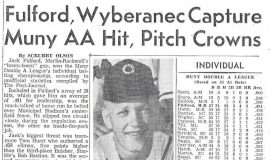 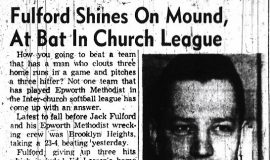