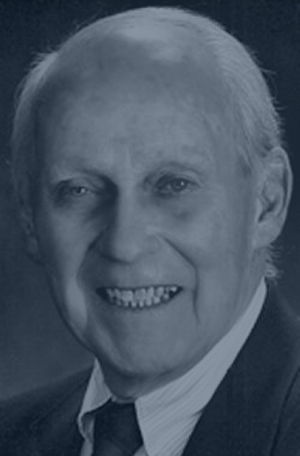 James McElrath Sr.
b. 1935
Category
Coaching
Year Inducted
2012
Having a high school gymnasium named after you doesn't happen to just anyone.To earn such an honor reflects the impact you've made on many people in a positive way throughout your lifetime. It also means you've earned tremendous respect and appreciation for your accomplishments.

Affectionately known as "Mac" by many in the community, McElrath enters the Hall of Fame for not only his many contributions as an administrator at JHS, but also his outstanding record as a basketball coach at Panama Central School, beginning more than 50 years ago.

Born in Oakmont, Pennsylvania, in 1935, he was an accomplished athlete himself, having played varsity basketball for Mercer High School, where he earned nine varsity letters, and at Westminster College and Grove City College before coming to Chautauqua County in 1957.

McElrath settled into the position of head basketball coach at Panama for the 1957-58 season and remained there through 1966. During his seven-plus years tenure, the Panthers posted a fine record of 115-31 and those wins included four sectional championships at Buffalo's Memorial Auditorium and that was all before McElrath turned 30.

Before his arrival, Panama had never won a championship game and McElrath's teams created plenty of excitement for the village, bringing legions of fans to the PCS gym during basketball season and to the championships in Buffalo.

Don Wood, one of McElrath's former Panama players in 1962-63 offered this: "Coach McElrath had taught us not only to be winners playing his beloved game of basketball, but lessons that would be with us our whole lives."

After leaving Panama, McElrath retired from coaching to pursue a career in administration, returning to college. He was an a ssistant principal at Cassadaga Valley Central School for a year and the principal at Jefferson Middle School for six years before heading to Jamestown High School, where he was named as principal in 1976. He remained there for 18 years until retirement.

During his time at JHS, his eye for coaching talent led him to bring Wally Huckno on board to coach the Red Raiders football team. McElrath and former JHS athletic director Komo Tane, another CSHoF inductee, also led the charge to bring Jamestown athletic teams into the Erie County Interscholastic Conference.

He also played an important role in developing and improving the athletic facilties at JHS, including the gymnasium that bears his name, thanks to a student-led effort to name the new building in honor of McElrath in 1994. His collaboration with the Chautauqua Striders also was critical to the creation of Strider Field. 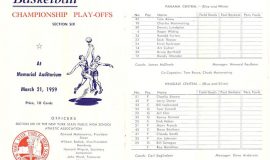 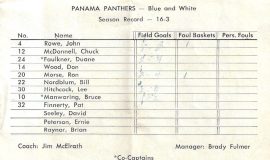 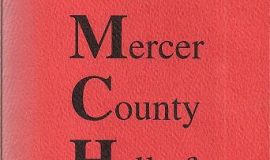 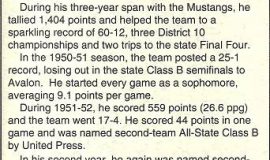 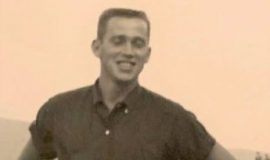 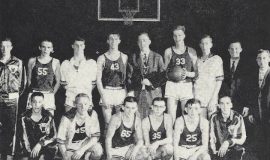 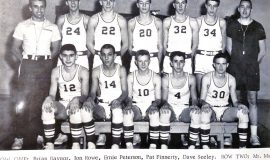 1963 Panama basketball team coached by Jim McElrath to a 19-2 record. 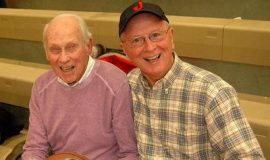