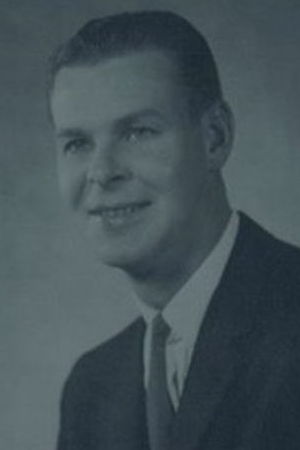 Without a doubt, the late Roger K. Moore was one of the finest and best liked high school coaches in Chautauqua County history while serving at Fredonia Central School.

Moore was born in Wilson, New York, on August 12, 1929, and competed four years in basketball and baseball at Wilson where he graduated in 1947.

After spending a year at Syracuse University, he went to Ithaca College and played three years of basketball and baseball there, graduating in 1952. He later earned a Masters of Science degree from Ithaca in 1955, played one year of minor league baseball in the NYP-League for the Cincinnati Reds' farm club in Lockport and spent two years in the United States Army before beginning his illustrious career in Fredonia.

Probably his finest player was 6-5 Greg Ludwig, whose dad, Bill Ludwig, coached Fredonia State baseball for many years, who went on to star at West Virginia University and ranks as one of the top scorers in Chautauqua County history.

Moore captured his 200th win versus Olean in 1974 and number 250 was racked up also against Olean on March 4, 1977. The next win that year was the championship victory and turned out to be the final triumph.

His only year of coaching football (1970) brought about a 4-3-1 record, marking just the second time in 17 years that the Hillbillies had a winning record.

Moore became athletic director in 1967 and through 1977 the school won an incredible 35 Section 6 titles in various sports, which was a total unmatched at that point.

Overall, Moore compiled a record 372-247-1 in basketball, baseball and football.

Along with the late Louie Fox of Salamanca, he helped create the Chautauqua-Cattaraugus Interscholastic Athletic Conference and on November 14, 1968 he was elected the first president. Later that year, he was also named president of the Chautauqua County Athletic Association.

Moore certainly did a lot of volunteer work for his community as he was head activities director for the Fredonia Youth Council Recreation Department from 1961-1977.

The news of his death produced an outpouring of condolences and tributes from his friends and coaching peers in Western New York. Former Dunkirk Athletic Director Al Stuhlmiller, another Hall of Fame inductee, said, "It was with a great deal of sadness that I learned of the passing of Roger Moore. His passing leaves a great void in the Dunkirk-Fredonia area. Roger and I had grown very close the last few years, especially when each of us had sons competing against one another. Roger was a great competitor and his intelligent coaching ability will be greatly missed at Fredonia. The excellence of the Fredonia athletic program is a great tribute and will be a lasting memorial to Roger Moore. My wife, myself, the administration, the coaching staff and all the athletes at Dunkirk High School offer our condolences to the family."

"Roger's death is a great loss, not only to Fredonia but to me personally. I have lost a very close friend whom I have worked with for the past 13 years. It's like losing a member of the family." These comments were from the Fredonia baseball Coach Pete Criscione.

Don Reinhoudt, who is also in the Hall of Fame, provided a letter of how much he enjoyed playing for Roger Moore. Reinhoudt didn't letter as a sophomore, but two years later as a senior he was an all-star forward and set a Fredonia rebounding record with 23. "Roger Moore taught the importance of the three "D's" in life, Dreams, Daring and Determination and was a man who took time to guide and share the three "D's" with myself and all his boys. He was our leader and our friend," said the World's Strongest Man from 1973-1980. 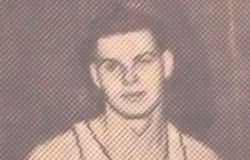 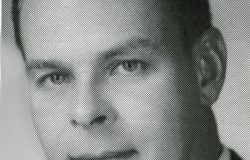 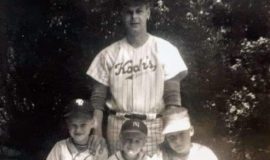 Roger Moore and his sons 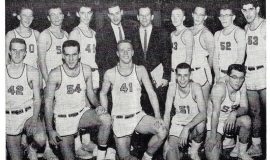 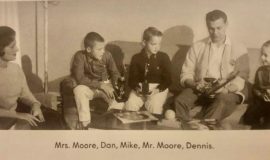 Roger Moore with his family. January 1965. 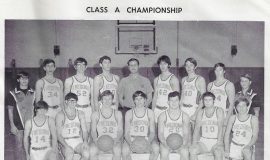 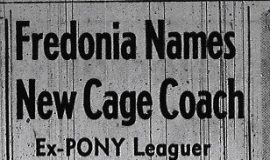 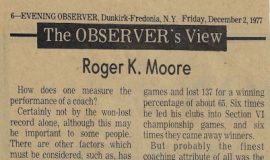 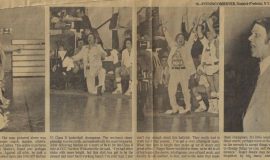 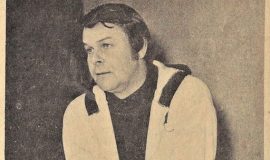