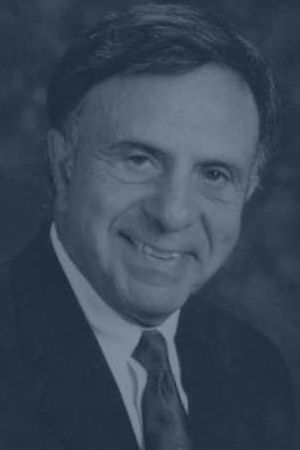 Raffa was an outstanding performer for the Red Raiders as he recorded seven varsity letters with three each in football and track and one in basketball before graduating in 1949.

In football, Raffa was very versatile as he performed on offense at fullback and halfback and on defense at corner back. In addition, he was the kicker and punter. Raffa recorded several top-notch rushing games and led the Red Raiders in kickoff returns. In 1948, he was second in the Niagara Frontier League in scoring and was instrumental in the tremendous 33-18 upset of host North Tonawanda before 5,000 spectators. Raffa tossed a 13-yard touchdown pass as a running back and hit paydirt from the 4-yard line. The win by the Red Raiders ended North Tonawanda's nine-game win string over a three-year span and additionally ended a 10-game losing streak to the Lumberjacks since the last victory (55-19) in 1931.

Raffa played a year of varsity basketball as a guard under coach Rolland Taft and that resulted in a Section 6 championship. He was a member of the Jamestown sophomores that compiled an outstanding 15-2 record in 1946-1947 that was highlighted by ending the Warren Jayvees' 15-game winning streak and only second loss in 35 outings.

Besides athletics, Raffa was very involved in other activities such as being the senior class president and being member of the National Honor Society. Raffa graduated with an A average plus was a J Club member and was on the yearbook staff.

After high school, Raffa received a full football scholarship to Western Reserve University in Cleveland, Ohio, which at the time was a charter member of the Mid-American Conference. Raffa had other offers but chose Western Reserve because he wanted to pursue a career in dentistry.

His first game on the collegiate level was as a sophomore starter at left halfback against West Virginia University at Mountaineer Stadium where Western Reserve lost, 33-17. Raffa had several key runs and receptions in his debut en route to being the second leading rusher for Western Reserve that season. That year, he also performed against Cincinnati, Miami of Ohio, Western Michigan and Toledo.

Due to a committment to the United States Navy, Raffa missed two weeks of training camp during his junior season but by mid-season he was starting again in helping his team record wins over Western Michigan and Case. During his senior season, he was accepted to dental school and because of his grades he was allowed to play football. He started every game and wound up his career with three letters, 18 touchdowns and was among the school's top rushers. Additionally, he competed in track as a sophomore.

Off the field, Raffa was president of his junior class, president of his fraternity and graduated from dental school in 1956. He was a Lieutenant in the Dental Corps of the United States Navy from 1956-1958. Later in 1958, he returned to Cleveland for post-graduate work in orthodontics and in 1963 began orthodontic practice in Ashtabula and Mentor, Ohio. 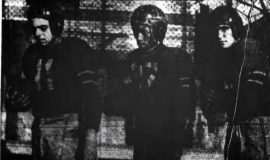 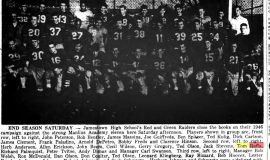 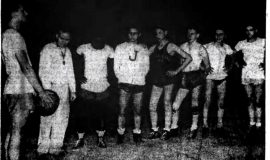 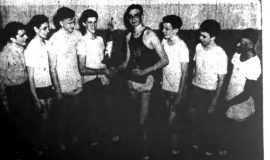 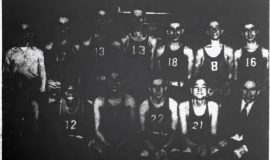 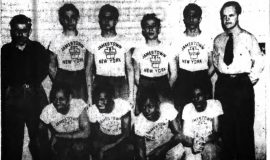 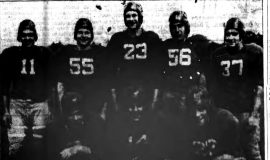 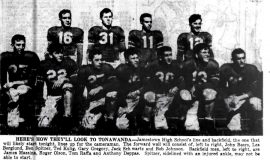 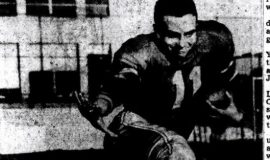 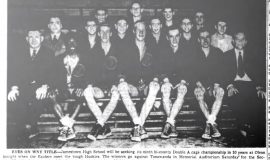 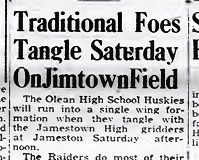 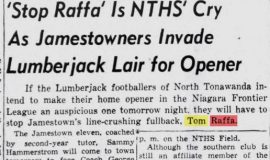 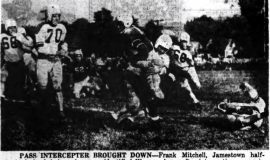 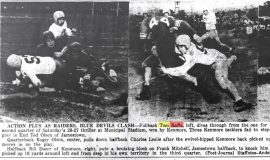 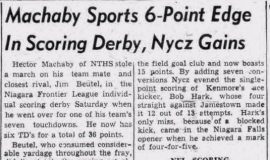 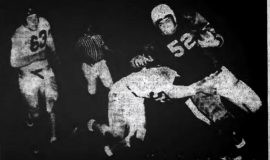 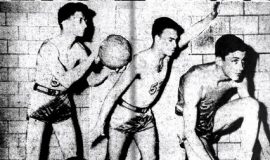 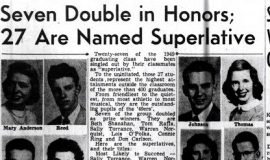 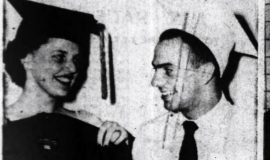 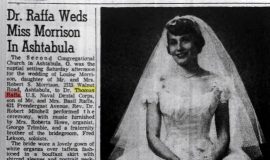 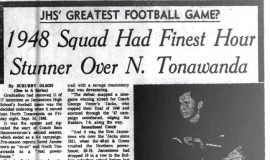