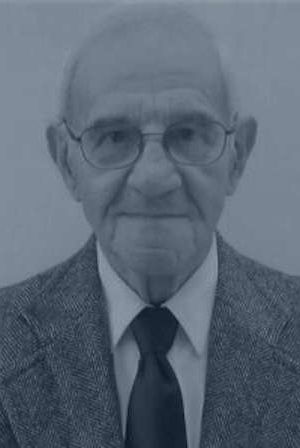 Cusimano was an outstanding junior varsity football coach as well as the leader of the boys track team for many years at his alma mater.

Cusimano was born in March 4, 1922 in Jamestown. Cusimano played football for Jefferson Junior High School and later went on to play varsity fullback in 1937 and 1938 for Coach Rolland Taft. He graduated in 1939, but came back as a post-graduate to play that fall for coach Clarence Buckwald. Post-graduates were able to compete against New York State schools, but weren't eligible to face Pennsylvania schools. He also was a member of the Red Raiders' track squad. Cusimano also played baseball in the Muny and American Legion Leagues.

Later, Cusimano decided to attend University of Illinois where he played on the freshman team. Cusimano spent two years at Illinois, then spent the next two years in the United States Army where he was in the Battle of the Bulge in Belgium with the 76th Division where his Third Army Commander was General George Patton. After his tour of duty, Cusimano returned to the states and married the former Dee Carmen in 1946 and during the same span finished his last two years at Illinois where he majored in physical education.

Cusimano got his first coaching experience at Carmichaels High School, near Waynesburg, Pennsylvania , where he was the assistant football and basketball coach along with being the head track coach. He taught physical education and driver education while at Carmichaels for two years. Cusimano worked construction in Jamestown for Ludwig Construction for awhile and got his first teaching experience in the area in 1956 when he was became the girls physical eduction teacher at Falconer. He also assisted Falconer football coach Nick Fedorka for that one season.

In 1957 he joined the Jamestown Public School System where he taught elementary physical education until his retirement in the late 1980s. During that period, he first was the assistant track coach from 1959-1970 and then became the head coach from 1971-1986 where he had numerous successful teams and recorded 120 wins.

In 1959, he became the junior varsity football mentor and held that position until 1986. Cusimano recorded 160 wins and won several championships, plus had a few unbeaten clubs in developing outstanding talent for coaches Walt Colburn, Ransbury, Tony Nunes, Dick Noonan, Sanfilippo and Huckno.

When not coaching, Cusimano was a top-notch basketball official for 25 years for the Chautauqua County IAABO Board 39. 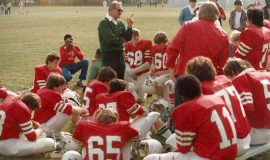 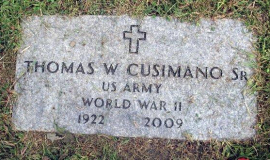 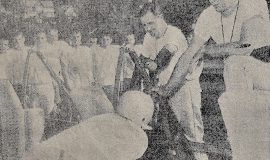