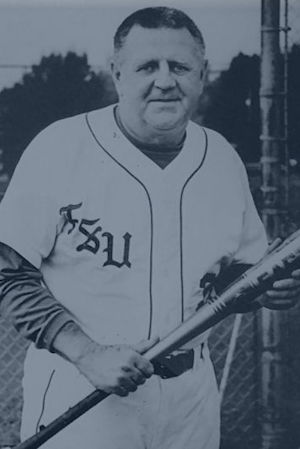 Till was born in Fredonia in 1937 and spent most of his life in Chautauqua County. He was very active in athletics while attending Fredonia High School where he graduated in 1954. Till was on the varsity football team from 1951-1953 and during that time the Hillbillies captured two Southwestern Conference titles. His position was quarterback and he was a starter in 1953.

Baseball was probably his best sport in high school as he was a varsity performer for four campaigns and his senior season saw the Hillbillies win a Section 6 crown. He also was a varsity basketball player for two years. After graduation, Till didn't have far to go to continue his education and athletics as he chose Fredonia State where he first became a star in baseball and later an outstanding coach at his alma mater.

Till played four years at Fredonia State (1954-1958) and years later still holds school records with 20 RBIs in a short season, three home runs and 12 total bases in a game. He graduated with a BS degree in education and in 1963 earned his Masters.Coaching at Fredonia State for Till began as an assistant in 1974 followed by being head man in 1974-1975. Then, he took over the varsity job in 1980 and has held it until retiring in 1999. By the time of his induction, Till had won 344 games for the most ever by a Fredonia State mentor. Included was a 9-0 fall slate in 1995.

Till had to be very elated that Chan Galbato from ]amestown, Jeff Shaver from Fredonia and Steve Strauber were drafted from his teams. Galbato was picked by Montreal and played with the Jamestown Expos in 1985 while Shaver was also chosen that same year by Oakland and Strauber by Detroit in 1986. Shaver was the only one to make the majors as he made a brief appearance with Oakland.

Annually, Fredonia State had one of the strongest Division 3 schedules and every spring faces Division 1 and Division 2 squads in the Florida trip.

Till taught social studies for 34 years in the public school systems of Cassadaga Valley, Brocton, Lockport and Jamestown. His longest tenure was 26 years at Cassadaga Valley where he retired in 1993.

While at Brocton from 1959-1964, Till was the varsity basketball mentor and started the first Chautauqua County Holiday Tournament back in 1961. He was an assistant under Gene Masters, who has become one of the best coaches in Western New York history at Grand Island.

In 1964, he helped construct the first track at Brocton and that year the Bulldogs were 7-2. He additionally was the jayvee baseball skipper for three years.

Till went to Cassadaga Valley and from 1966-1971 headed up the varsity basketball program. Counting his time at Brocton, his teams made the Section 6 Playoffs five times.

Like at Brocton, he assisted with the football program for five years under 1993 CSHoF inductee Joe Annarella. Till was involved in nine league championships with Annarella and Masters.

From 1952-1977, Till was an outstanding hard-hitting left-handed first baseman who played baseball for several teams in WNY. He performed in the Buffalo Evening News League, the Chautauqua County League, the Grape Belt League, Jamestown City League, and Chautauqua Institution League. He also was on the All Army team at Fort Knox, Kentucky, in 1960.

Till was named a County or Grape Belt League all-star at least eight times and was always a .300-plus hitter and played for the Cassadaga Bombers who set a county record of 32 straight wins in the 1960s. The Bombers won six county titles during the 1960s and 1970s and Till was a p1ayer-manager in 1968. He was also on championship clubs in 1965 with Brocton and 1955 with the Stockton Hotel.

In addition to the Bombers, Stockton Hotel, and Brocton, he performed for Jamestown Moose Lodge, Koch's of Dunkirk and the Chautauqua lnstitution team.

Till additionally made quite a name for himself in 23 seasons of fast-pitch softball as he was on 26 title-winning squads such as Aldrich Dairy, Chautauqua Truck, Acquavia Post, 3-D and BFI in the Dunkirk-Fredonia area, The Castle in the Brocton League and the First Ward Falcons in the Gowanda League.

He was named Dunkirk A League MVP in 1970 and Fredonia League MVP the previous year when he hit at a sizzling career-high .490.

Things weren't always rosy for Till as a bad car accident in 1956 possibly ruined an opportunity for a chance in pro baseball and twice he beat back cancer. Till had major colon cancer surgery at Roswell in 1972 and made a complete recovery. Then in 1988, once again he had major colon-cancer surgery and he made another fine recovery.

Till developed an active role in volunteer work for the American Cancer Society and Roswell Park in Buffalo. In 1990 photos were taken of Till that appeared in newspapers and magazines in New York State and Pennsylvania to promote Roswell and help cancer patients. He has receive many calls and speaks to people regularly about the dreaded disease. Beginning in 1991, Till became part of the Roswell Park-Pizza Hut roundup that collected over $100,000 to aid young cancer patients.

Till was the director of the Lake Shore Chapter of the WNY Softball Hall of Fame beginning in 1991.

more about Dale Till 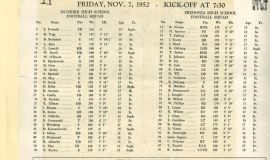 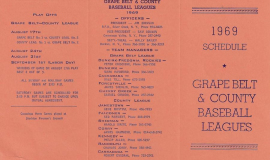 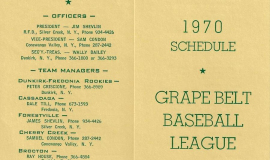 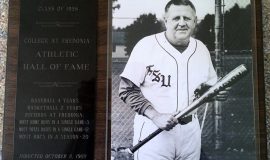 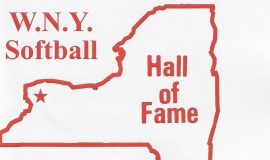 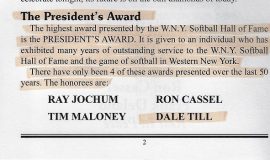 WNYSHOF Presidents Award was given to Dale Till. 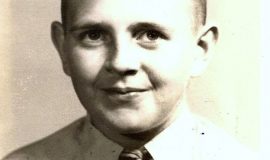 Dale Till as a boy 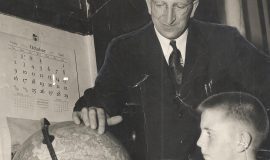 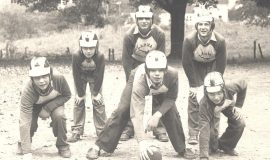 Laona youth football - Dale Till is on left in back row 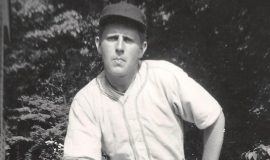 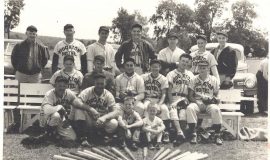 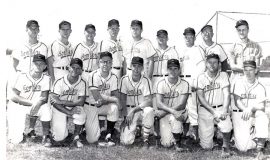 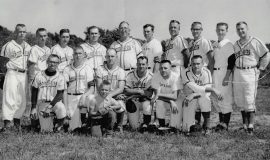 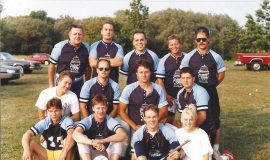 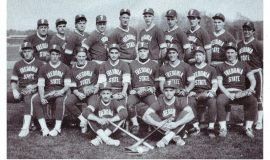 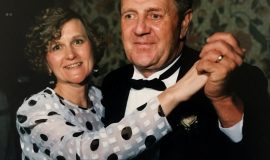 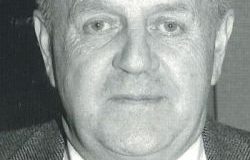 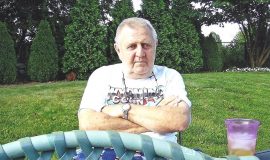 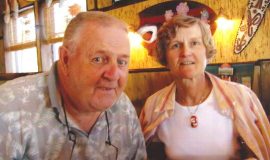 Dale and Ann Till 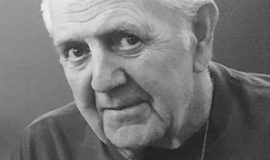