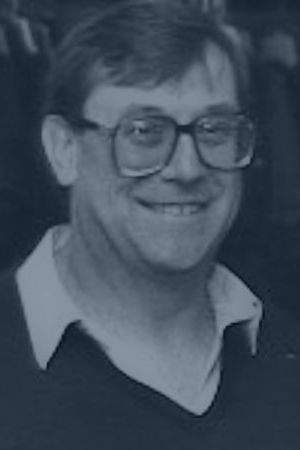 Dennis Meszaros
b. 1944
Category
Coaching
Year Inducted
2008
When one thinks of baseball at Falconer Central School, the name that immediately comes up is former coach Dennis Meszaros. Meszaros was involved in 778 games in which he was victorious in 65 percent with 509 wins as compared to 269 losses. His wins rank as No. 2 in Western New York to former Orchard Park coach Bob Barrows and he is right up there among the top five coaches in the state.

Meszaros finished his 32-year varsity career with the Golden Falcons by getting his greatest win - the New York State Class C title in 2000 with a win over Saratoga Catholic. That victory ended the season for Meszaros and the Golden Falcons on a 13-game winning streak and gave him and the school their first state title after being runnerups twice and to the semifinals once since competition began in 1981.

Altogether, Meszaros coached baseball at Falconer for 34 years as he began with two years of coaching the junior varsity after moving to this area following graduation from California State in Pennsylvania. He played one year of baseball at California State.

Prior to that, Meszaros played three years of football and a year of basketball around the Pittsburgh area for a school that is now known as Bentworth. His school didn't have a baseball team, so he got his background from playing Pony League, Little League and semi-pro competition around Pittsburgh. He also played softball.

Meszaros, who was born on Nov. 11, 1944 in Charleroi, Pa., captured 13 league titles at Falconer and was a state tourney or playoff qualifier 12 more times. Outstanding players such as the late Craig Paterniti and Joe Mistretta, both Chautauqua Sports Hall of Fame inductees, Joe Ribaudo, Jon Moore, Curt Fischer, Ed Van Guilder, Derek Melquist, Mike Smith and Mario Muscarella plus his son, Ryan, have played for Meszaros.

After retiring from coaching and teaching math, he became a member for several years of the national high school baseball committee that sets the rules. During the summer, Meszaros was an assistant baseball coach from 1991-2000 for the Western New York team that competed in the Empire State Games. One of those years he was a coach on the gold medal team. He additionally coached Little League and Babe Ruth in addition to playing in the County-Grape Belt League, where he was secretary-treasurer. He also played for the Jamestown Area Oldtimers.

Meszaros has been on Chautauqua Sports Hall of Fame Board of Directors for several years and has volunteered at the hall on West Third Street. One of the top accolades for Meszaros was when the baseball field at Falconer was named after him a few years ago. Meszaros is the second Falconer coach to be inducted in the Chautauqua Sports Hall of Fame as he joins former football coach Bill Race, who was honored in 1995. 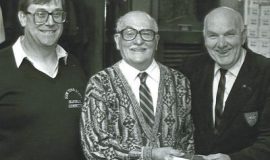