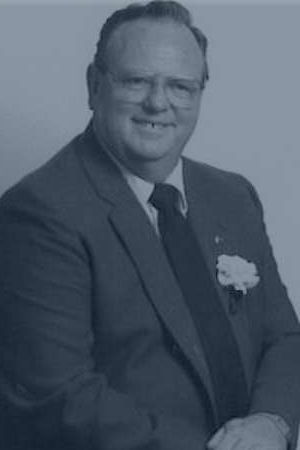 Jim Hurst
1929–2002
Category
Pool
Year Inducted
2005
For the third time since inductions started for the Chautauqua Sports Hall of Fame in 1982, an individual with ties to Sherman Central School was honored in 2005. Jim Hurst joins Nolan Swanson (2003) and Harry Brosius (1988) as previous inductees with ties to Sherman.

Hurst is the first person to ever be inducted in the Chautauqua Sports Hall of Fame for the sport of pocket billiards (pool) in which he became a tremendous performer. Hurst was born in 1929 in Ripley to Arthur and Florence Waterman Hurst and lived almost his entire life in Chautauqua County except for his tour of duty in the United States Navy from 1950-1954. During those years in the service, he was an electrical specialist in Navy Construction Battalions while stationed in the United States and overseas, which included the Korean War conflict.

His love for the game of pool began at the age of 12 when he started playing in Sherman at the former Lee Savage Bowling Alley, Poolroom and Barber Shop and continued that for more than 55 years. Hurst was an all-around athlete at Sherman where he played five varsity sports before he graduated in 1948: baseball, basketball, football, volleyball and bowling.

In 1967 he graduated from the Billiard Congress of America Instructors School in Marion, Indiana, and earned a certified instructors certificate. That same year he began tournament play in Rochester and Syracuse. An outstanding honor was bestowed upon Hurst in 1969 when he was invited to play a pair of exhibition matches against several times world champion Willie Mosconi at Ike Brewer's Pool Hall. It was quite an honor and tribute to be considered for a matchup against Mosconi.

Hurst was invited after 1985 to play in other world championship events but had to turn them down because of family commitments and his job at Niagara Mohawk. He also successfully competed in the Tri-State Open in Erie, the Northcoast Open in Cleveland, the Shamrock Shootout, the Summertime Classic and the Akron Open all in Akron, Ohio.

Hurst additionally performed in many trick shooting exhibitions in such places as schools, clubs, restaurants, the Veterans Hospital in Buffalo and on Channel 29 TV in Grand Island. He had more than 50 trick shots and first performed those at the Second Street Pool Hall in Jamestown in 1967. To give one an idea of Hurst's ability as a trick shooter, he ran two complete racks of balls (30 shots) while making his strokes without looking at the balls. Tom Parker, a renowned pool instructor from Cleveland, said that Hurst's stroke was equal to those of other professionals. It was in the 95 percent perfect range.

Hurst was always willing to help those interested in learning about pool and entertained thousands of spectators free of charge over several years. He also made video and lesson tapes to lend to people that wanted to learn more about the game prior to purchasing pool tables or equipment and to become better players.