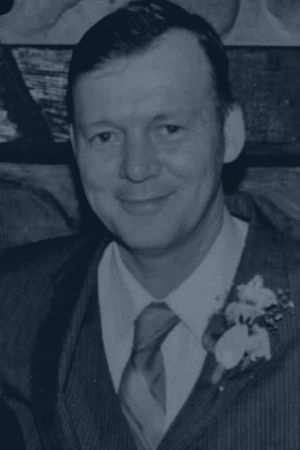 Competitive football and baseball games require the deft touch of competent officials to allow the contests to occur in a fair and orderly fashion. One of Chautauqua County’s most respected, most knowledgeable and longest serving referee and umpire, Larry E. Rodgers is an inductee of the Chautauqua Sports Hall of Fame’s Class of 2022.

Born in 1938 in Warren County, Pennsylvania, Rodgers graduated from Youngsville, PA High and then attended Jamestown Community College. He lived in Jamestown from 1962-2002 working at the Carborundum/Monofrax plant in Falconer for 36 years as a chemist.

Rodgers umpired baseball and softball for 39 years. He served as President, Vice-President, Secretary and Rules Interpreter for the Chautauqua County Baseball and Softball Umpires Association. He taught umpiring classes for 25 years.

Praise for Rodgers comes from a number of fellow CSHOF inductees:

Wally Huckno, former football coach at Jamestown said, “Larry was a special guy. When he worked a game, you knew he would bring integrity to it. He was a friendly fellow who didn’t have an attitude. He always took the time to explain things. He threw the flag sparingly and had the game in control at all times.”

Bill Race, former football coach at Falconer, stated, “Larry was one of the greatest officials we ever had. He was first class all the way. He always took time to teach the kids. He was a gentleman and a fantastic person.”

“Larry was very fair and always on top of his game,” recalled Fran Sirianni of Southwestern Central. “He really took a special interest in the kids. He always had candy in his pocket for them, whether it was on the field or off. I was proud to have known him.”

Former Panama Central softball coach Deb Palmer said, “Larry was a fair and honest umpire and a true gentleman. He knew the rules and kept the games under control. His love for the game was obvious to all. He was a walking rule book who always took the time to make sure my players understood the ‘why’ on his calls.” 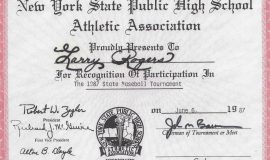 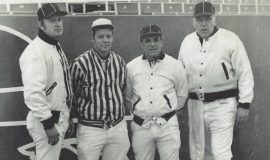 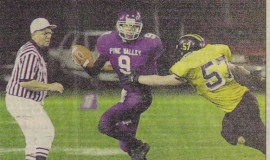 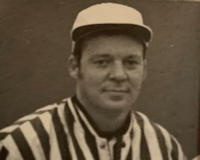 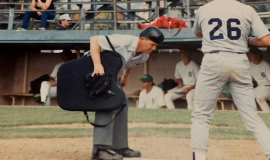 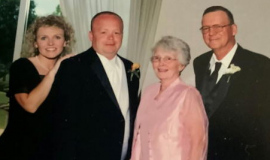 Left to right: Kristal Hungate and Mark Rodgers, his children and his wife, Janet, with Larry Rodgers. 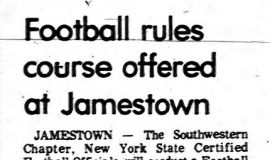 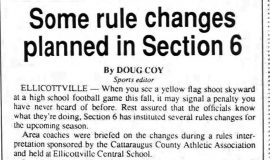 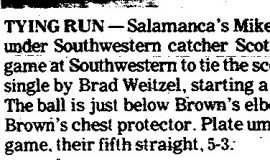 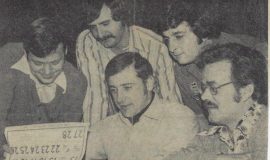 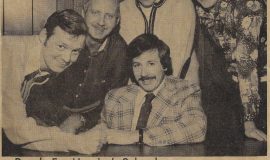 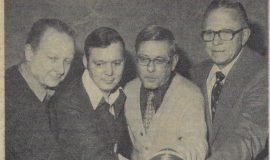 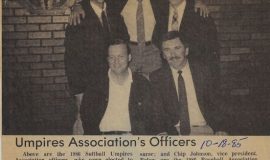 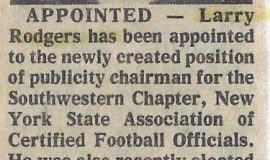 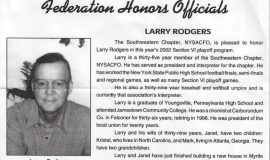 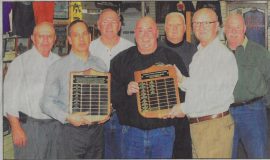