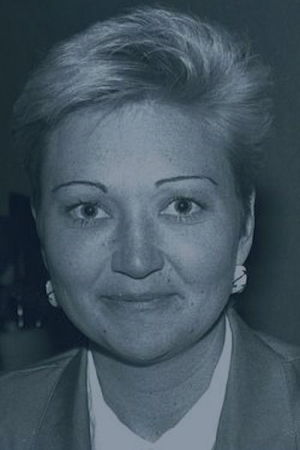 The Chautauqua Sports Hall of Fame gained its second daughter-father combination when Sonya Hanson joined her father, Bob, who was inducted in 1983, as a 1991 inductee. Brad Rendell and Kay Gould had been the only previous daughter-father inductees, having been selected in the inaugural year of 1982. Hanson became the youngest inductee placed in the Hall, having been born in Jamestown on May 24, 1960. Her athletic career started at a very young age with her outstanding achievements in speed skating across the United States and in Canada.

As a five-year-old, she won the New York State Championship for the 5-and-Under division in 1966. Then in 1968, she tied for first place in the PeeWee division of the Lake Placid Hall of Fame Championships and won the Erie County Championships in Lancaster.

The year of 1970 saw strong efforts in five championships. She was first in three Bantam Division events of the Ontario Open at Kitchener, Ontario picking up seconds in the Midget Division at the North America in Binghamton, the Eastern States in Saratoga and the Berkshire Hills in Massachusetts. Also, she was third at the Hall of Fame in Lake Placid.

In 1971, Hanson was second in the Eastern States at Binghamton and the Middle Atlantic at Newburgh while ranking fourth at Berkshire Hills. She defended her Ontario Open title in 1972 with a record-setting performance. Then, in the National Tournament at St. Paul, Minnesota Hanson recorded two thirds and three fourths.

Another first was recorded in the Berkshire Hills Championships. There were also a second and three thirds at the Lake Placid Diamond Trophy championships, a second, third and fourth at the Detroit Motor City Championships and an additional fourth at the Saratoga Eastern States.

Hanson had an opportunity to train with the United States Olympic Team, but the illness and death of her mother forced her to turn down the invitation.

In 1974, while competing in the Juvenile Division, she had four wins in the Kitchener Sertoma Club Championships plus two more victories and two thirds in the Eastern States at Saratoga.

Maple Grove Central School is where Hanson was in the spotlight by being selected Female Athlete of the Year in her senior season (1978). That year, she was the Most Valuable Player on the volleyball team and was chosen to the Division 2 All-Star Girls Basketball team. In addition, she was an outstanding softball performer.

After graduating from Maple Grove, she went to Jamestown Community College and became the Most Valuable Player on the basketball squad and the Defensive Player of the Year.

Hanson earned a softball scholarship to Bowling Green State University in Ohio and then returned to coach the softball and volleyball squads at JCC in addition to teaching physical education.

While around the area, Hanson led the War Vets to the City Modified Softball League championships two times. Then she was the volleyball and softball coach at the University of Pittsburgh at Bradford, Pennsylvania, and the assistant women's basketball coach.

From 1989 to 1998, she was the volleyball coach at Tulane University in New Orleans, Louisiana, with the best season being 24-16. Hanson was also involved in speaking at volleyball clinics. 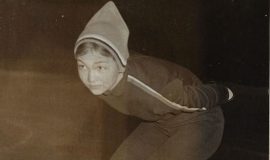 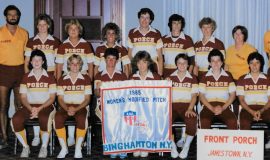 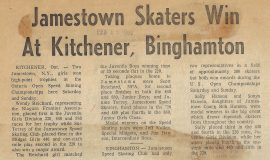 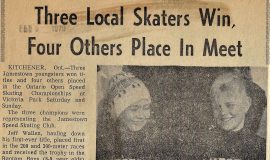 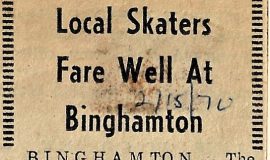 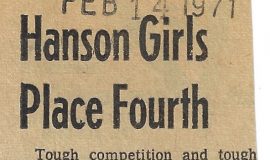 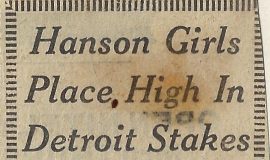 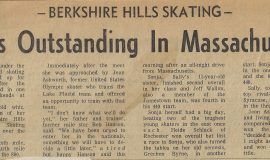 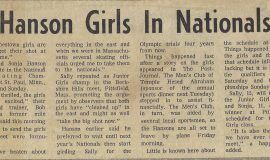 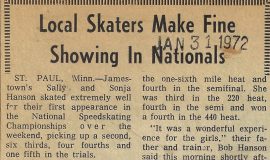 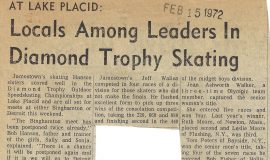 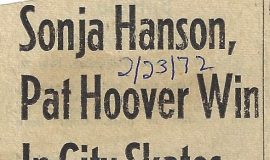 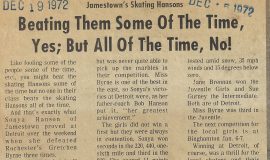 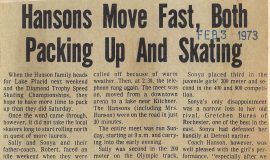 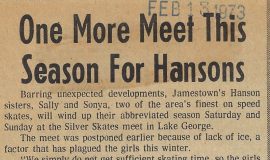 One More Meet This Season For Hansons. Post-Journal (Jamestown), February 13, 1973. 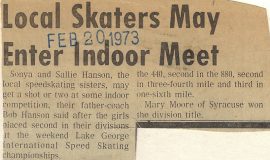 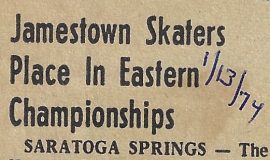 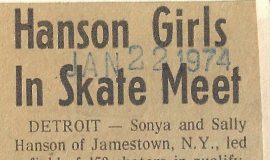 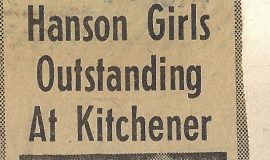 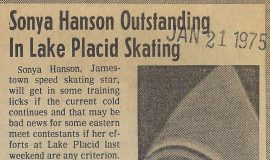 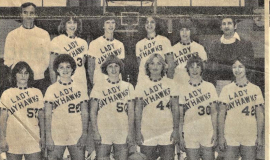