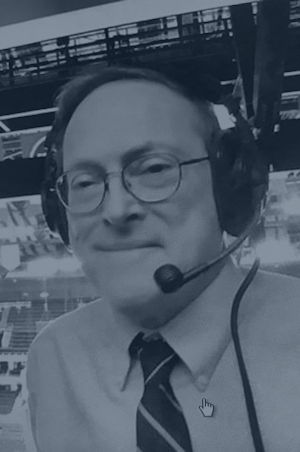 Dan Palmer
b. 1949
Category
Media
Year Inducted
2013
For more than 35 years, Dan Palmer's distinctive voice and style have been a part of our lives almost every day on the airwaves in Chautauqua County. He's been a fixture at WDOE Radio in Dunkirk where he began his legendary sports broadcasting career in 1975. His first high school football game was a battle between rivals Southwestern and Fredonia and since that time, he's been the play-by-play voice for more than 2,000 regular season and playoff games for Northern Chautauqua County's 10 area high schools, at the college level, as well as youth sports.You name it and Palmer has probably done it. Whether it's baseball, softball, soccer, volleyball, basketball or football, Palmer has showcased his broadcasting talents each time he steps in front of a microphone, including hundreds of Section 6 championship games, Far West regional games and 20 New York State Public High School tournaments.

When his career reached the 25-year milestone in 2001, Palmer was honored by dozens of friends and athletes at a "Legacy of Service" dinner in Dunkirk. He has also been honored as a "Person of the Year" by the Dunkirk Chamber of Commerce. Palmer's name was also placed on the Wall of Fame at Fredonia High School in 2005 and was a charter member of the Grape Belt Sports Hall of Fame during that same year.

As the WDOE sports director, he helped to establish many new awards to honor local high school athletes, such as the WDOE Leadership Award, the High School Athlete of the Day, High School Players of the Week, the Player of the Game Trophy and the Community Sports Service Award, which is given to a local community member who helps promote and guide young athletes.

Palmer has also been involved with Special Olympics, the Relay for Life sponsored by the American Cancer Society, the March of Dimes and the Dunkirk Free Library.

Palmer is the host of the WDOE Morning Show and continues as the station's sports director and his flair for sports along with local community events makes him THE person to listen to in the Dunkirk/Fredonia area. 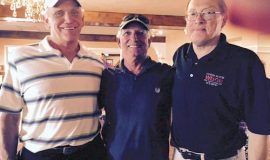 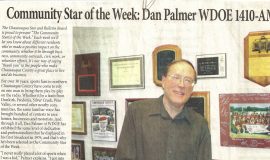 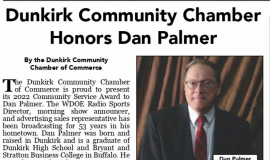 Dan Palmer is inducted into the New York State Broadcasters Association Hall of Fame in 2016.